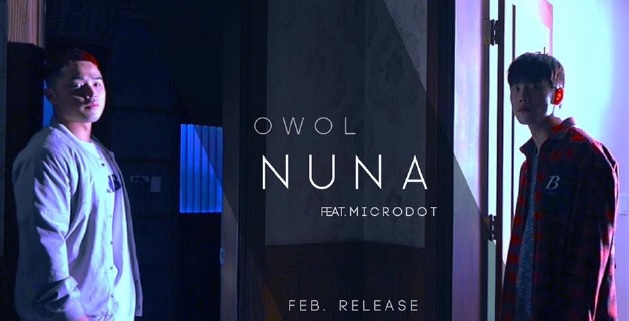 OWOL first became known as K in the idol boy group Wonder Boyz before the group’s disbandment. He has now entered the underground hip-hop scene, and is known for his unique performances and blends of different music genres, vocals, and rap.

He recently performed at Korea’s First Annual Hip Hop Festival, which staged some of the biggest names of Korean Hip-hop, such as Beenzino, Jay Park, and Jessi.

The track features rapper Microdot, who was renowned for his powerful stage presence on ‘Show Me The Money 4’.

Microdot’s energetic rap featuring complements OWOL’s voice on the song, which captures the struggles of a young man pursuing a relationship with a popular “Nuna” (older woman).

NUNA ​will be available from early February.

Stay tuned for the release date.