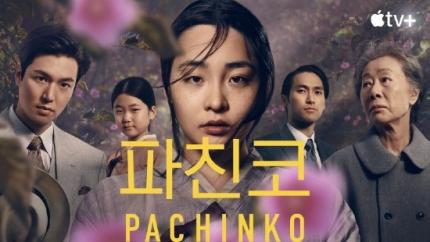 “Pachinko” To Return With Season 2

Are you looking forward to the second season of Pachinko?

Apple TV+ has confirmed the production of season 2 of the original series Pachinko, which is acclaimed worldwide.

Pachinko, which warmly captures the epic on a huge scale, is a story that begins with forbidden love, and is a work that draws an unforgettable chronicle of war and peace, love and parting, victory and judgment, traveling back and forth between Korea, Japan, and the United States. The series, which was produced by Suhyuk and based on the best-selling novel of the same name, made a splendid finale by releasing the last episode of the first season on April 29. Immediately after its release, the first season received rave reviews from critics such as “Best in the series,” “New Masterpiece,” “Successful,” and “One of the best adaptations.”

The planner, screenwriter, and executive producer of Pachinko, Soo Hugh  said, “I am indescribably happy to be able to continue this special story of a family with a strong sense of vitality. I am grateful to Apple and Media Res for trusting and supporting us with the project. I want to thank the passionate fans for their support. It’s an honor to be able to continue working with the production team, including the amazing actors,” he said.