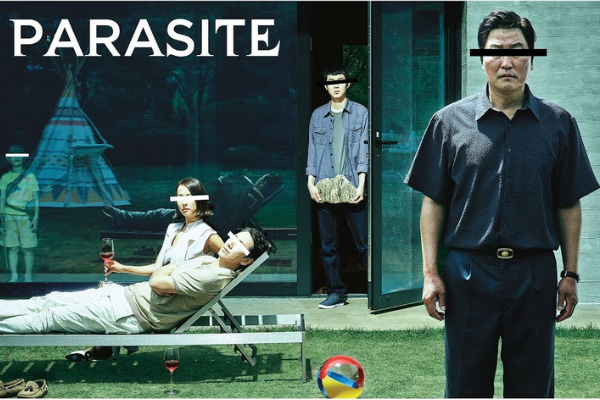 Parasite Just Made A New History For South Korea!

Directed by Bong Joon Ho, South Korean film Parasite made a historic moment at the 92nd Academy Awards ceremony. The award ceremony was held in Los Angeles on February 9. 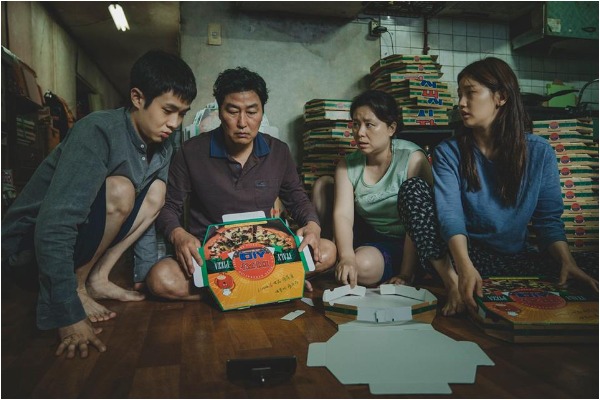 Out of six nominated awards, Parasite won four awards at the esteemed ceremony. The film was nominated for best picture, Original Screenplay, Directing, Film Editing, Production Design, and International Feature Film. Moreover, Parasite is the first ever Korean movie to be nominated for these awards.

In the history of Academy Awards, Parasite is also the first foreign language film to win the Best Picture award. The movie won the award against the strong competitors Once Upon a Time in Hollywood and 1917. It also made history by being the first South Korean movie to win International Feature Film Awards. 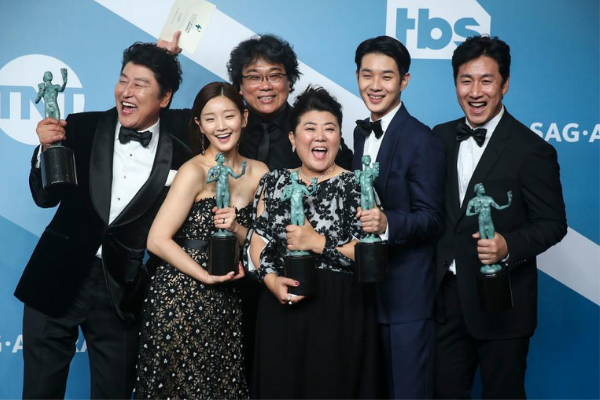 While accepting the awards for best original screenplay, Bong said, “Writing a script is a very lonely process, you never write to represent your country — but this is the very first Oscar for South Korea.”

Then, Bong added, “I thank my wife for always being an inspiration to me. I thank all the actors who are with me today for bringing this film to life. I applaud and support the new direction.”

Bong ended his speech by saying, “I am ready to drink tonight.”

This was not the end, again Bong was called upon the stage to collect best directing awards. After standing on the stage, he said, “After winning best international feature, I thought I was done for the day and was ready to relax. Thank you so much. When I was young and studying cinema, there was a saying that I carved deep into my heart, which is that ‘the most personal is the most creative.” 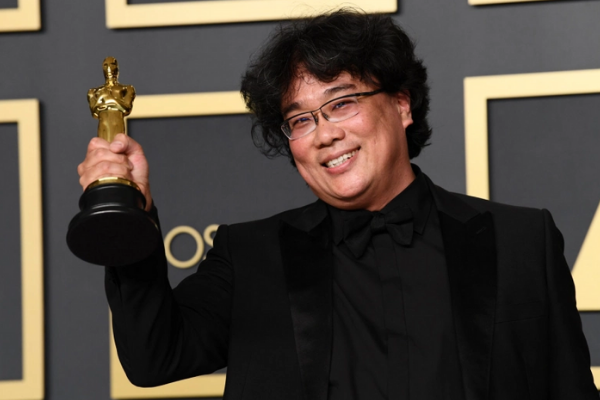 Bong continued his speech, “When I was in school, I studied Martin Scorsese’s films. Just to be nominated was a huge honor. I never thought I would win. When people in the U.S. were not familiar with my films, Quentin [Tarantino] always put my films on his list. He’s here, thank you so much. Quentin, I love you.”

“And Todd [Phillips] and Sam [Mendes], great directors that I admire. If the Academy allows, I would like to get a Texas chainsaw, split the award into five and share it with all of you. Thank you. I will drink until next morning, thank you,” Bong further mentioned.

The producer Kwak Sin Ae said, “I’m speechless. We never imagined this to ever happen. We are so happy.” in her acceptance speech. She added, “I feel like a very opportune moment in history is happening right now.”

Parasite tells the story between poor Kim family and rich Park family. Kim family consist of poor and unemployed father, mother and two children who plans to get job in Park family. The plan goes well, until the former housekeeper return back to the house to meet her husband, who is hiding in basement bunker to hide from loan sharks, and found out Kims secret.

Previously,“Parasite” won Palme d’Or at the 2019 Cannes Film Festival on 21 May 2019, making it the first South Korean movie to win the awards. The movie also won Best Foreign Language Film at the 77th Golden Globe Awards.