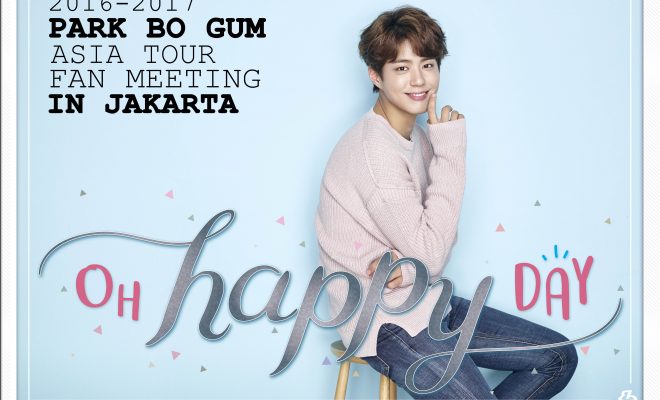 Park Bo Gum made his name rise through the roof with his incredible performance as the crown prince in Moonlight Drawn by Clouds. He will greet his Indonesian fans for the first time! The event will be held on January 13, 2017, at The Kasablanka Hall, Kota Kasablanka, Jakarta.

Known as a rising young actor with endless talents, Park Bo Gum debuted in 2011. He played the role of Dong Hyun in a thriller movie, Blind, alongside Yoo Seung Ho and actress Kim Ha Neul. After that, he steadily took on supporting roles in movies and dramas until his performance as a longing brother was noticed in the 2015 drama, I Remember You. However, Park Bo Gum was not a household name until his first MC gig and amendable chemistry with Red Velvet’s Irene on KBS Music Bank. Also, he grew bigger after playing the innocent baduk player, Choi Taek, in the well-received family drama, Reply 1988. Park Bo Gum’s popularity hit the roof after the successful Moonlight Drawn by Clouds.

Fans can expect a memorable night as the adorable actor will deliver his best for the audience to enjoy a meaningful first meet.