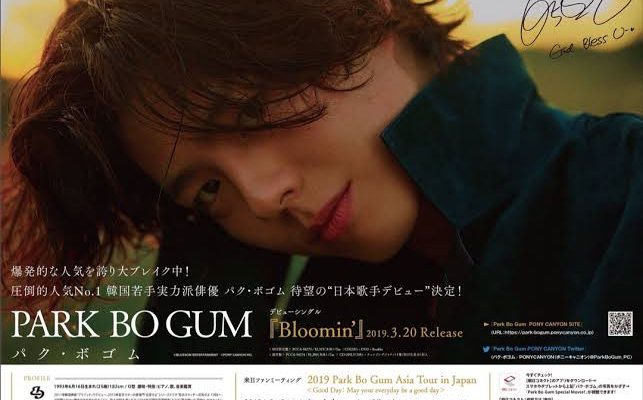 Park Bo Gum will make Japan fall in love with his vocal skills as he sets to serenade with a debut single! 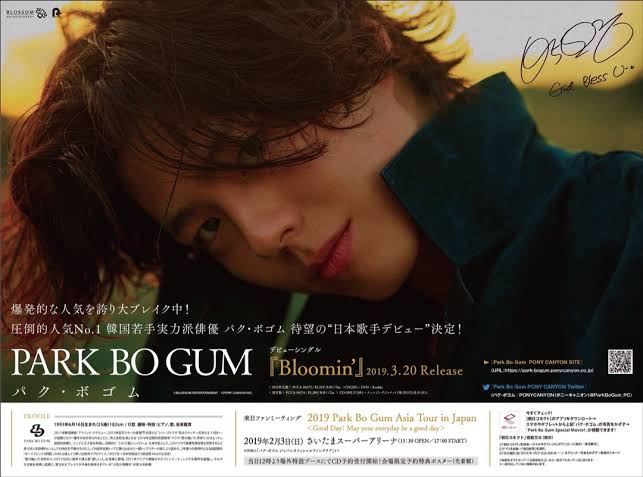 Blossom Entertainment has confirmed that the Korean heartthrob will be gifting his Japanese fans with his first single album.

“Park Bo Gum is releasing a debut single in Japan. He received an original song and Park Bo Gum participated in the singing,” the agency stated.

Titled Bloomin’, the dashing actor’s single album will feature two songs – with one being its title track of the same name and the other a song titled “Shining Future”.

The lead single “Bloomin'” talks about wanting to grow flowers with a loved one and bloom together as one despite the distance between them.

With this, Park will get to fulfill his dream of singing a song with a message for his fans all over the world. He also earlier said in an interview following his recently-concluded drama Encounter that one of his dreams is to release an album.

“I’m happy to be able to greet my Japanese fans through a single album. I want to send a warm message and love to you all through my song. I’ll do my best to show you a new side of myself. Please support me,” the actor said.

However, this will not be the first time Park Bo Gum’s fans will get to hear his voice. He had showcased his vocal talent in the past by participating in an OST for his drama Moonlight Drawn By Clouds.

Bloomin‘ will be released on March 20.

Are you looking forward to Park Bo Gum’s Japanese debut single album? Let us know by leaving a comment below, giving us a holler on Facebook, or tweeting us at @hellokpop!