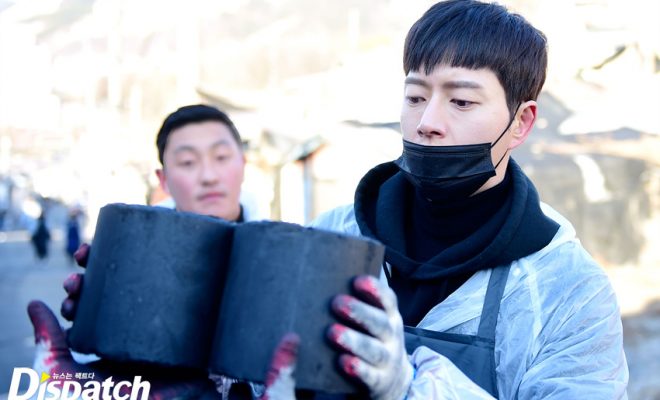 Actor Park Hae Jin once again showcased his generosity by donating 50 million won worth of briquettes and 25 million won for the support of heater usage.

The Cheese In The Trap actor personally delivered a total of 2,000 briquettes to families at Junggye-ro, Nowon-gu, Seoul. “Actually, I spent winter with briquettes when I was young,” revealed the actor. He then said that seeing briquettes made him remember those days, and he wished that they would send a hopeful message to the families. 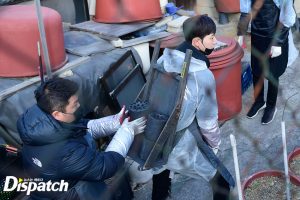 Despite his busy schedule and a freezing temperature of -9 degrees Celsius, Park personally carried briquettes that weighed 3.5 kilograms each. “Most houses don’t use briquettes, but people in this area can’t get through winter without them,” he shared. This is the fourth time the actor has engaged in voluntary work on sharing briquettes.

Park made the delivery along with the staff of his new tvN drama MAN x MAN and label mates from Mountain Movement Entertainment. Joining him is fellow actor, Jung Man Sik. “We, the MAN x MAN team, work in unity. We do good things all together,” he said. 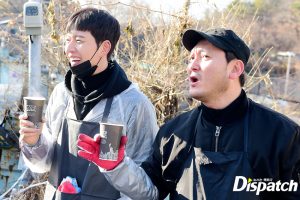 He also shared his desire to meet fans more frequently in 2017. The actor will also be coming back with a new drama, MAN x MAN. He further revealed that he is in preparation for another drama but opted not to disclose any details just yet.