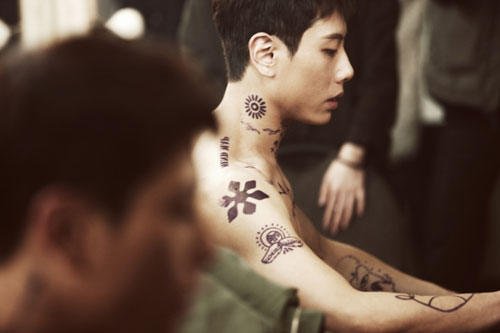 Singer Park Hyo Shin has revealed an artistic photo of himself.

On December 10th, Park Hyo Shin’s agency Jellyfish Entertainment shared a photo through their official Twitter of the singer, shirtless with body paintings all over his body.

For this painting, Park Hyo Shin worked with body painting artist Novo (노보) to design all over his body to send an impactful message for his year end concert War Is Over. It is said that Park Hyo Shin could not sit down or lay down until the painting work was finished.

The peace marks to represent peace and calmness, has gained attention of the public. After 2 years of serving the military, he was discharged this year and when the ticketing for his concert was opened through Interpark and Auction ticketing, it was ranked 1st for both sites.

His agency stated, “Through the upcoming concert, you will be able to see a dynamic side of Park Hyo Shin. The stage will be set up with a three dimensional peace mark. The floor will be a standing performance so that Park Hyoshin can step even closer to the fans and connect with them.”

Those who came across the photos revealed said, “Park Hyoshin’s body is daebak!”, “This is revealing so much of what the concert will be themed of!”, “Park had this kind of charm?”, “Will we be able to see this body during the winter performance?”

Park Hyoshin 2012 Live Concert War is Over will be on December 28th and 29th at Seoul Olympic Gymnastic Stadium. 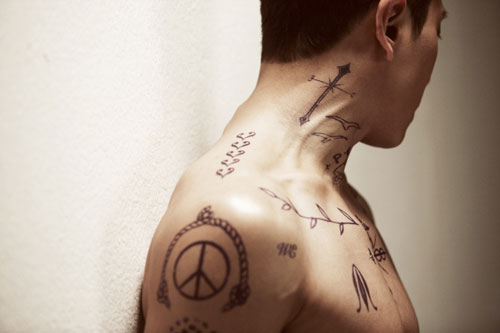