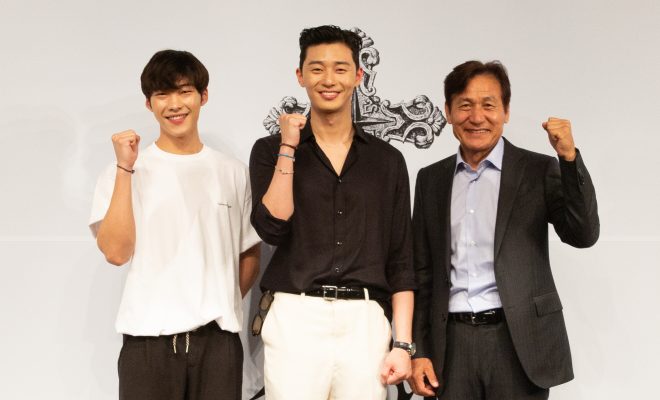 It’s another box office partnership that will rival the success of Midnight Runners as Park Seo Joon possess a divine fury in a new Kim Joo Hwan creation.

Midnight Runner‘s director Kim Joo Hwan just announced the main cast of his upcoming movie, The Divine Fury. The frontliners will be handled by Park Seo Joon, Ahn Sung Ki and Woo Do Hwan making this the second time he is directing Park Seo Joon in a lead role.

They have proven how well they work with each other in the 2017 summer film, Midnight Runners, where they became the 4th highest-grossing South Korean film in 2017 for racking in 5.61 million watchers and over 39 million US dollars in ticket sales. 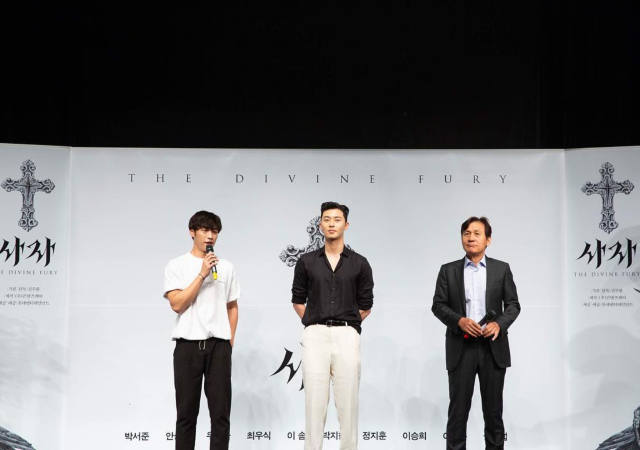 The Divine Fury is a film about fighting against strong evil that threatens to overthrow the world. An unlikely duo of a martial arts champion and a priest will entertain the audience. Park Seo Joon takes the main lead for the upcoming films. His recents works has proven his diverse acting range such as dramas Fight for My Way and What’s Wrong with Secretary Kim.

He is set for a new challenge in his new role as a martial arts champion with a distrust towards the world as he harbors a personal grudge after losing his father in an accident. He meets a priest who has the power to heal nightmares and wounds and their meeting starts a series of unlikely events the two will experience.

Ahn Sung Ki will play the role of Priest Ahn and is expected to show a strong presence of character and a willful conviction to do what is right. Moreover, the pair are expected to brew the perfect amount of chemistry that surpasses generation gaps to show that people can have a special synergy regardless of generation and career. Woo Do Hwan will also be a special gem in this film as he plays Ji Shin, a very talented young man.

With the complete cast, they have begun shooting this month on the 14th. Director Kim Joo Hwan promises that he will work hard to make it a movie that can be loved by many people. Park Seo Joon remarked it would be a “long journey” and that it seems to be an important role for his career as an actor. He added that he will do his best to bring out the best in his role. Ahn Sung Ki commented on how The Divine Fury is a movie with so much love and joy. Rookie actor Woo Do Hwan revealed how honored he is to be able to participate in such a memorable movie and how he will work hard to better his role faithfully.

The Divine Fury will be distributed by Lotte Entertainment and is scheduled to open in 2019. Stay in the know for your latest Korean news. Follow us on Twitter!