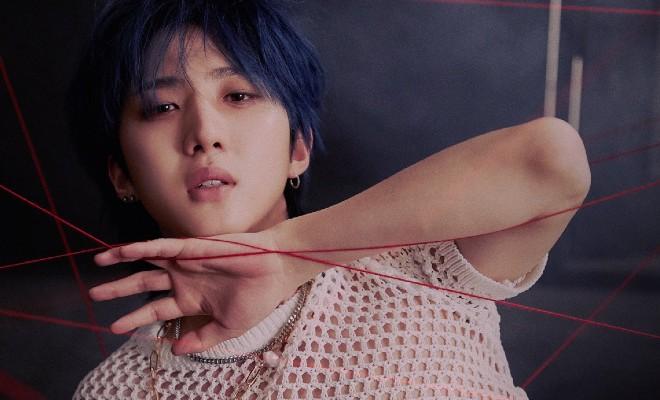 PENTAGON’s leader and genius composer Hui is scheduled to start his mandatory military enlistment on December 3.

According to Cube Entertainment, PENTAGON’s Hui will enter the training center and be on four weeks of basic military training before serving as a public service worker. With Jinho joining the military in May, Hui will be the second PENTAGON member to fulfill his mandatory military service.

Hui started his career when he debuted as a member of PENTAGON in 2016. While being an effective leader, Hui took part as a producer for the group as well. He has showed his broad talent as a composer as he completed songs that raised PENTAGON’s popularity such as “Shine” and “Dr Bebe”.

The ever-reliable and flexible PENTAGON member also participated in writing and composing songs for other artists. Hui wrote the Produce 101 Season 2 hit song “Never” and Wanna One’s “Energetic”, out of his many well-known masterpieces.

Hui also shocked the Korean audience with his participation in “King of Masked Singer” as the “Crane Guy.”

He also appeared in other variety shows such as “Favorite Entertainment”, “Hyena On The Keyboard”, and “Immortal Songs 2.”

The news was not a huge shock to Universe as Hui already mentioned his plans to follow Jinho, yet fans are still sad as the leader will be gone for long. Hui said that his absence will not hurt the group as all members have great talent and abilities. He followed that PENTAGON has a total of nine Hui members so his absence will not be of huge effect on the group’s future plans and activities.

PENTAGON in Road To Kingdom

On March 20, Mnet confirmed the lineup of boy groups that will participate in “Road To Kingdom.”

With PENTAGON as one of the groups that will take on the challenge, fans and audiences alike were excited to see such fantastic performances from the all-around group. As the show aimed to give the groups a chance to showcase their various colors, charms, and unique side, PENTAGON definitely proved that they are a group to watch for.

After their appearance in Mnet’s “Road To Kingdom”, PENTAGON released their 10th album “WE:TH”. With Jinho excluded, PENTAGON started their “Daisy” promotions with eight members.