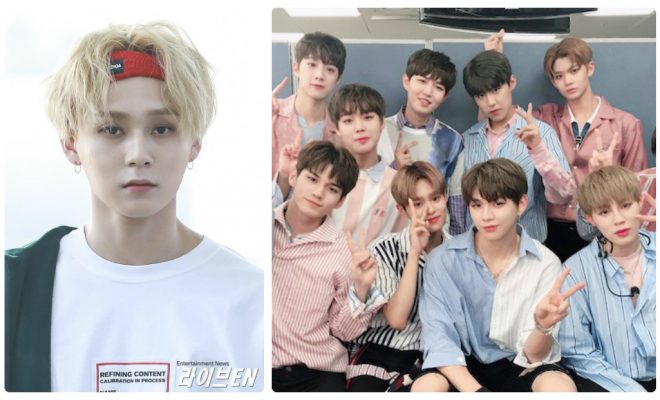 By Thuy Duong | May 3, 2018
FacebookTwitter
SubscribeGoogleWhatsappPinterestDiggRedditStumbleuponVkWeiboPocketTumblrMailMeneameOdnoklassniki

What if “Energetic” had been performed by PENTAGON?

During the program, DJ Kim Shin Young asked: “Member Hui gained great popularity after composing Wanna One’s hit track “Energetic”. I have heard that Wooseok also participated in writing the song’s lyrics. But “Energetic” seems to go well with (the music style of) PENTAGON, too. Have you ever thought that it (let Wanna One perform the song “Energetic”) is a waste?”

Jinho replied: “I asked Hui whether he was regretful but he said that he felt thankful because good song was sung by good singers.”

However, in contrast, E’Dawn showed his sense of humor by joking: “I actually regret a bit…ah no … I regret a lot.”

In another news, PENTAGON recently released its new track titled “Shine” on April 2.