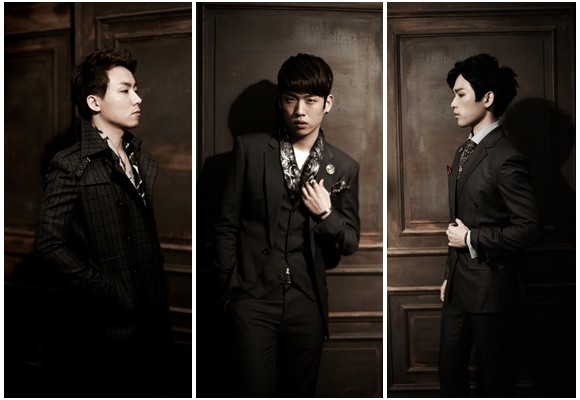 Phantom Asks ‘Could You Be Mine?’ In MV Teaser

After a hiatus of more than a year, hip-hop trio Phantom are set to make their comeback with Could You Be Mine? on December 1. On November 26, the trio unveiled a lustrous music video teaser to give fans a glimpse of the track.

Could You Be Mine? will be Phantom’s first release as a group since its last release A Story About My Ex in November 2014. The music video for the coming track is filmed by +IAN of Dream Perfect Regime (DPR), a production crew that involves Christian Yu (formerly C-CLOWN’s Rome), and previously collaborated with f(x)’s Amber.

A representative from Brand New Music revealed that unfortunately, there are currently no plans for broadcast promotions of the song.

During the hiatus, Kiggen, Sanchez and Hanhae were busy advancing their own individual promotions. Kiggen released his own solo single PlayBack in last July, Sanchez collaborated with Verbal Jint to release a mini album, while Hanhae participated in the Season 4 of Mnet’s hip-hop survival program Show Me The Money.