Xu Jinglei, who was rumoured earlier this month to have been in a secret relationship with Kris, wrote: “He looks like a professional basketball player!”

The two denied rumours of them dating, and said that they were just working together.

Kris and Xu Jinglei are currently working on a Chinese film called ‘Somewhere Only We Know’.

Kris is currently in a legal battle with his agency, SM Entertainment, where he filed a lawsuit against the company for unfair treatment.

His legal representatives failed to agree on any terms during a mediation session with SM Entertainment’s lawyers last week. A trial date will be set for the case. 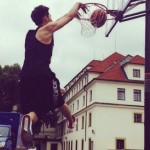 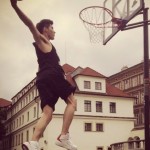