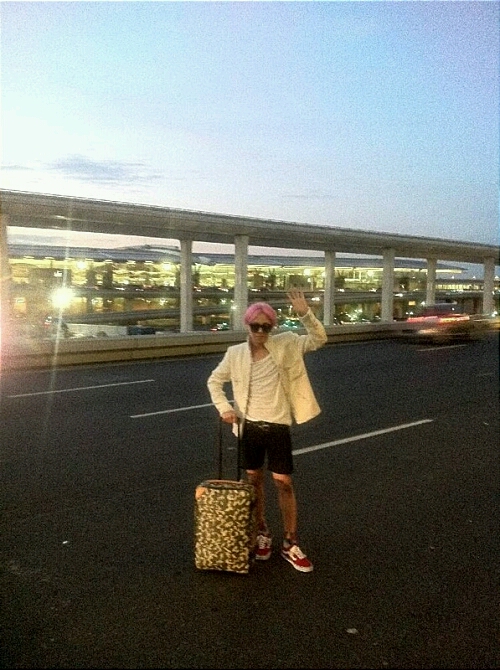 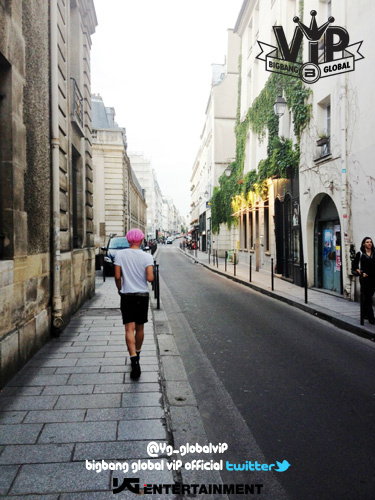 G–Dragon recently flew to Paris for fashion shows. On June 28, BIGBANG Tweeted a picture of him there. In this picture, he is seen wearing a white tee and black short pants, showing his back with his striking pink hair to the camera. On the 29th, G-Dragon also updated his me2day with a picture of himself posing in front of a building with the caption saying ” A party of just you and me today~ Paris! ”.

He updated his me2day again the day after, saying ”Au revoir (goodbye) Paris~~~!” along with a picture of him holding luggage and signalling that he is leaving Paris.

Many fans commented on his new hair, saying he looks good no matter what color his hair is. 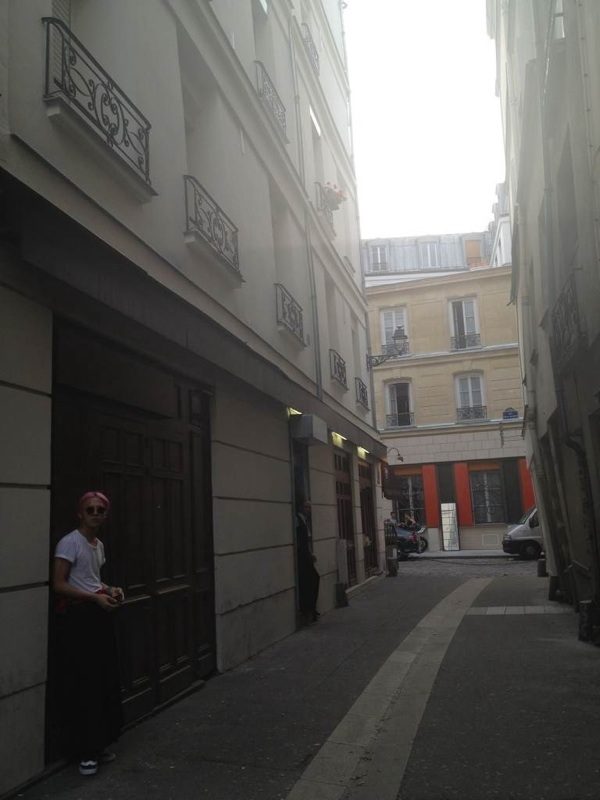