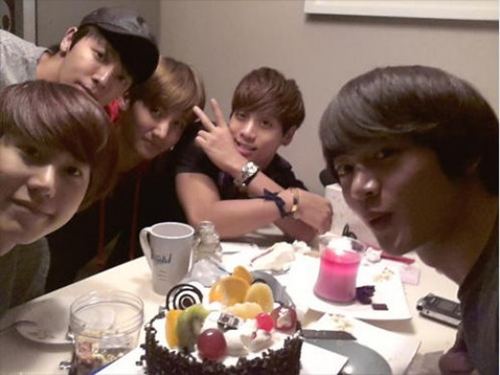 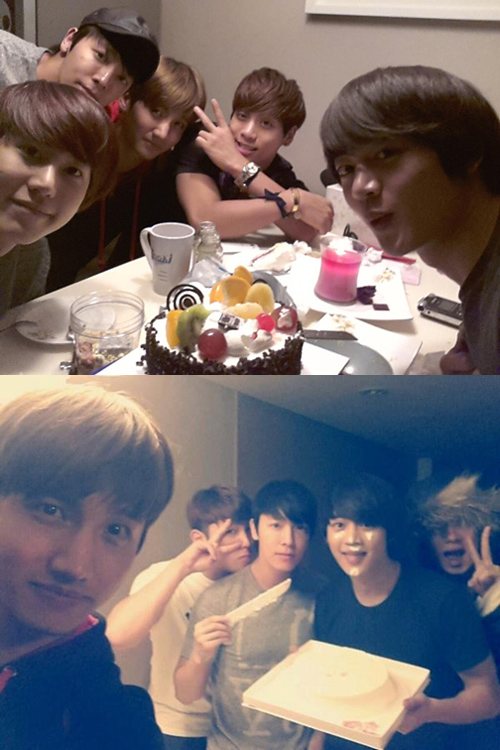 Minho shared his thanks and gratitude for his fellow label-mates who congratulated him for his birthday on December 9th. In the photo, Minho can be seen with Kyuhyun, Donghae, TVXQ Changmin, and SHINee Jonghyun as they celebrate Minho’s Birthday party together.