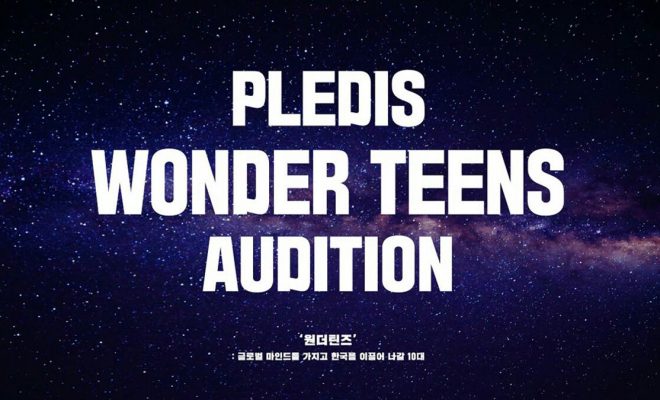 Pledis Entertainment is about to begin finding their next generation of male idols!

Pledis Entertainment will be holding auditions across South Korea in search for their next set of male idol trainees! 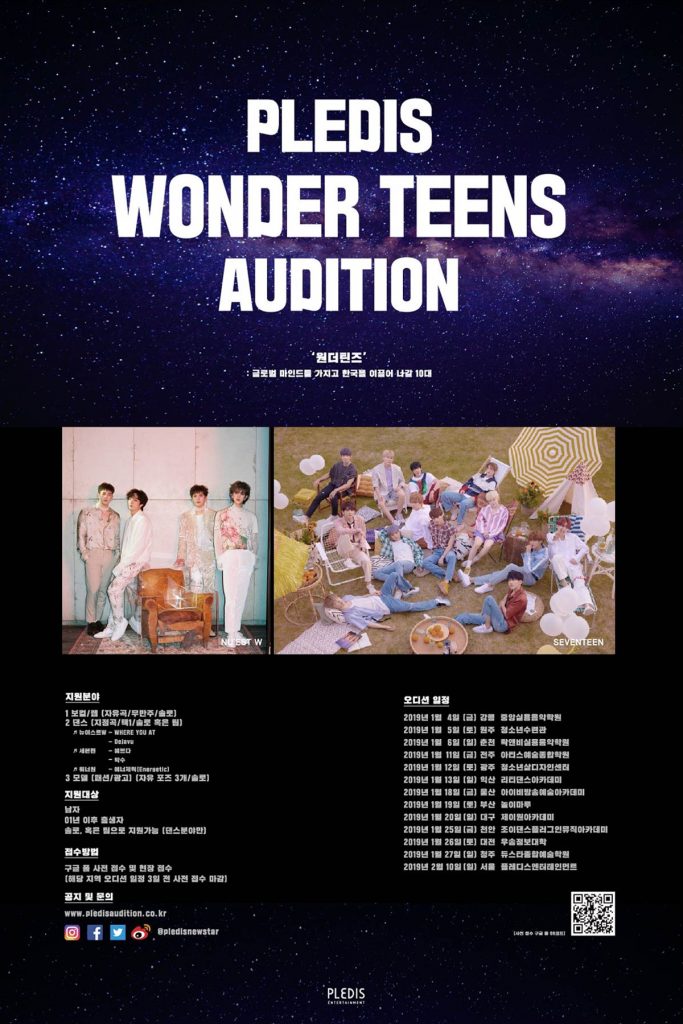 The entertainment agency will be visiting thirteen cities all around South Korea to look for idol aspirants with their Pledis Wonder Teens Audition. These cities include Chuncheon, Jeonju, Gwangju, Busan, and Daegu, among others, and is scheduled to commence on January 25.

They are currently looking for guys born on January 1, 2001 and after, who want to try out living the trainee life. Applicants are welcome to apply for either a rap, vocal, dance, or model position.

READ: SEVENTEEN Aims To Comfort People Through Its New EP “You Made My Dawn”

Pledis Entertainment is behind some of the hottest boy groups in the current K-Pop industry, namely SEVENTEEN and NU’EST. Because of their boy groups’ success, the announcement about the nationwide auditions reportedly sparked interest among teenage boys who wish to showcase their skills and talents. 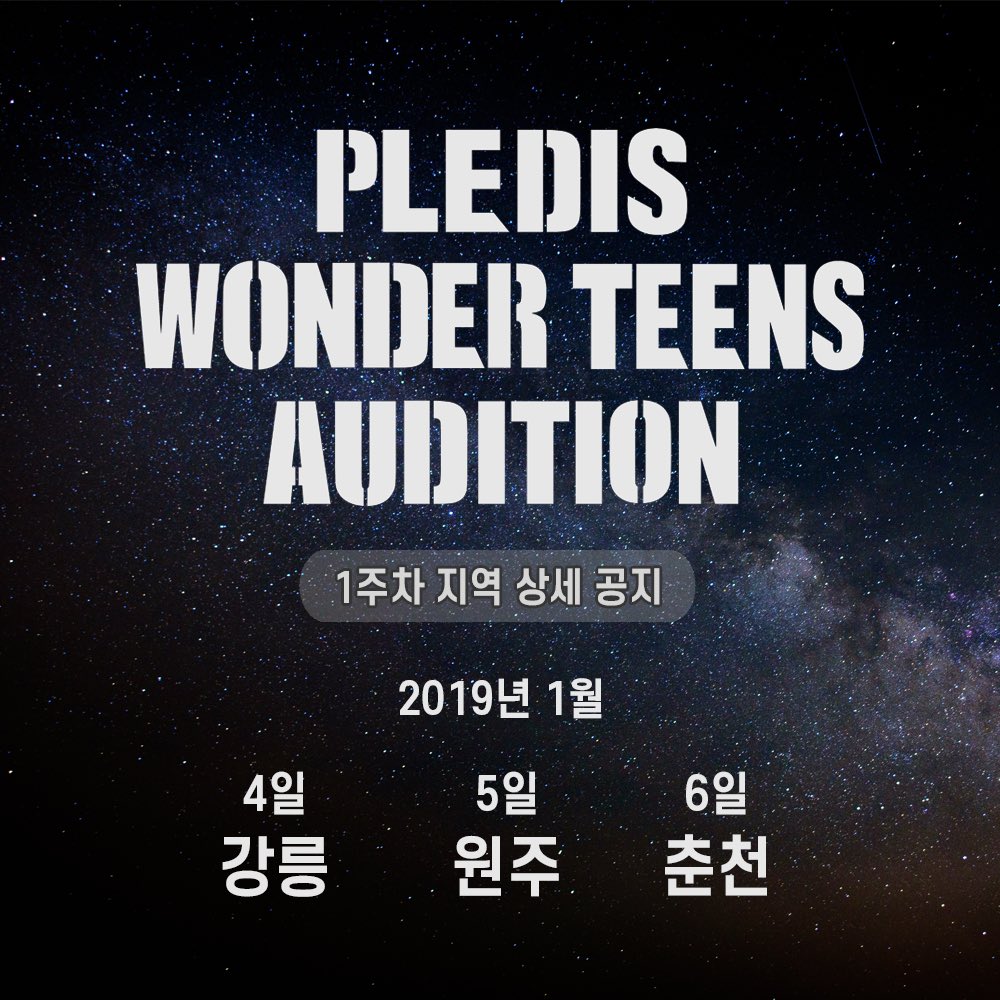 Pledis Wonder Teens Audition will certainly be a new opportunity for those who seek to be a part of the currently booming K-Pop industry. To participate in the search, applicants must pre-register three days before each audition schedule.

READ: NU’EST W Members Seek To Deliver Their Love To Fans Through “Wake,N”

For more information about the nationwide Pledis Wonder Teens Audition, check out the agency’s official website or social media accounts.

Do you know anyone who might want to audition for Pledis Entertainment? Let us know by leaving a comment below, giving us a holler on Facebook, or tweeting us at @hellokpop!