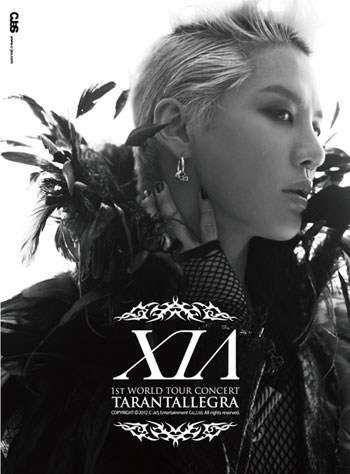 The announcement earlier this month that JYJ‘s own Kim Junsu (Xia) will hold a worldwide tour put fans into a frenzy. With the US dates released recently, fans were frantically waiting for news on when the tickets would go on sale and how much they would cost. Powerhouselive announced that information via their official website today.

The US concerts, which will take place in New York City and Hollywood, are set for August 30 and September 2, respectively. The venues – Hammerstein Ballroom and the Hollywood Palladium – both boast nearly four thousand in seating capacity. The tickets will range from $50 USD to $150 USD, and will go on sale at 10 a.m. on August 1, 2012 through ticketmaster.com and powerhouselive.net.

Check out the tour flyer below!

Stay tuned to hellokpop for more details on Xia’s US tour as this story continues to unfold.

Hellokpop, as an independent Korean entertainment news website (without influence from any agency or corporation), we need your support! If you have enjoyed our work, consider to support us with a one-time or recurring donation from as low as US$5 to keep our site going! Donate securely below via Stripe, Paypal, Apple Pay or Google Wallet.
FacebookTwitter
SubscribeGoogleWhatsappPinterestDiggRedditStumbleuponVkWeiboPocketTumblrMailMeneameOdnoklassniki
Related ItemsHammerstein BallroomHollywood PalladiumJYJKim JunsuPowerhouseticketstourUSXIA
← Previous Story A-Prince releases pre-debut MV ‘You’re the Only One’
Next Story → Nichkhun images removed from Caribbean Bay and Samsung endorsements