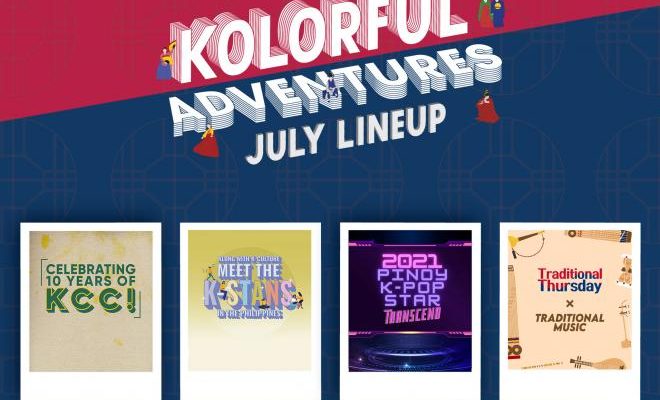 Along with that, the center will also jubilate on its decade-long anniversary since its founding.

The first half of the year is officially done! As we usher in the other half and as an homage to Linggo ng Musikang Pilipino during the last week of July, Korean Cultural Center in the Philippines will be paying tribute to the music and the globally-renowned Korean brand of music. Mixing both traditional and modern music, there will be something for the K-Pop lovers and classical Korean music enthusiasts this entire month!

Headlining KCC’s July offering is 2021 Pinoy K-Pop Star Transcend, the annual Philippine final leg of the K-POP World Festival in Changwon. After taking a break last year, the country’s biggest K-Pop competition is finally coming back and is now all set to take over your homes with smashing performances from the most talented K-Pop cover groups in the country.

2021 Pinoy K-Pop Star Transcend will take a different turn as it would only focus on dance performances, which would allow the Filipino dancers to once again elevate their talent and showcase their pumping dance moves. 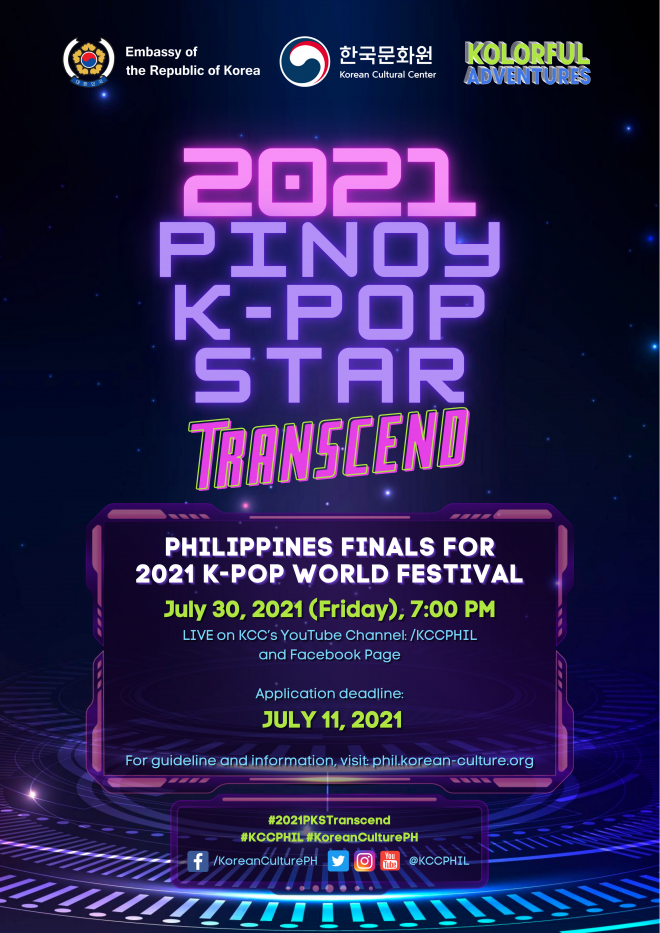 Interested participants may send their application until July 11, 2021 at 11:59 PM in order to send their dance demos. Full Guidelines and Details may be accessed through this LINK.

The most talented performers won’t only get the chance to represent the country at the 2021 K-Pop World Festival, they would also win whopping cash prizes!

The fourth, fifth and sixth place would still take home special KCC gift bags for them to enjoy,

Expect the same kind of energy, showmanship, and entertainment at the 2021 Pinoy K-Pop Star Transcend event, which will be live-streamed this July 30 on KCC’s YouTube Channel!

What’s Coming Up for K-Stans and Traditional Thursday?

Quite undeniably, one facet of Korean culture that Filipinos have definitely loved is K-Pop. This month’s K-Stans: Along With K-Culture is all about that. Listen to the stories, tips, lessons, and experiences of the people who have been into K-Pop, as well as, the phenomenal trending P-Pop group SB19 and be in awe about how their idols have changed their lives for the better and inspired them to unleash their talents for the world to see.

In line with KCC’s continued homage to songs and rhythms, Traditional Thursdays and Korean Word of the Day are set to feature this month’s theme. The month-long content of these KCC-original activities would be dedicated to educating the netizens about traditional and popular Korean music. Think pansori, Arirang, BTS and EXO! 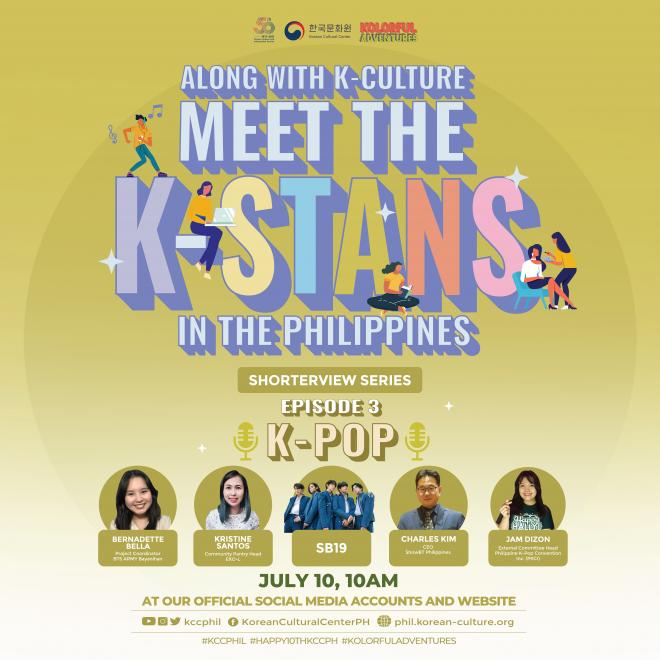 Meanwhile, all is set for everyone to sing Happy Birthday (생일 축하합니다!) for KCC, as the center would be marking its 10th year in the Philippines this July 19! A trip to the memory lane is in order to celebrate a decade of memories, fun, events, learning, activities, and Korean cultural exchange with Filipinos.

Since the celebration of culture and milestones is not without music! Join KCC as it marks a special month with good moments, engaging events, and mood-lifting music and performances by staying tuned on the center’s SNS accounts!