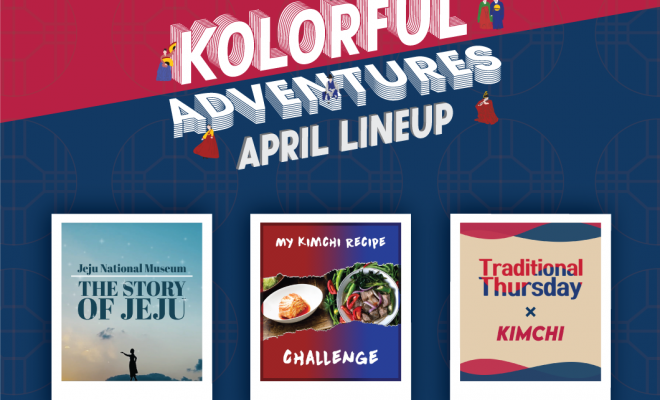 Apart from K-Pop, nothing resonates with Korea more than Kimchi. This Korean national dish has captivated the taste buds of the Filipinos and other nationalities all over the globe, as it became paired with grilled dishes, noodles, soups, and it evolved into various forms such as powdered flavoring, dumplings, instant noodles, and a lot more.

This Korean national dish has captivated the taste buds of the Filipinos and other nationalities all over the globe, as it became paired with grilled dishes, noodles, soups, and it evolved into various forms such as powdered flavoring, dumplings, instant noodles, and a lot more.

This April, Korean Cultural Center in the Philippines joins the National Commission for the Culture and the Arts in celebrating the Filipino Food Month with a special event that brings together local and Korean food.

Calling all Hansik enthusiasts, this is your time to shine and to put up a lavish feast with a twist of kimchi. Raid your kitchen and whip your own Filipino food fusion recipes with Kimchi as an important ingredient.

KCC will be picking five lucky winners with the most creative dishes to win K-Food meal sets for two to enjoy at home!

The four-part series which will be released on KCC’s social networking accounts every Thursday this April will be discussing its history, various kinds, health benefits, and regional representations. Expect a thorough kimchi education this April from KCC!

The Story of Jeju

In an effort to continue finding ways to bring Korea closer to those at home during these tough times, KCC has teamed up with the Jeju National Museum to showcase a three-part feature titled “The Story of Jeju.”

This video series is perfect for those who have long been curious about the majestic Jeju Island, as well as, the kids and the family, who have been limited in traveling due to the quarantine regulations.

These videos would put the island’s history and the famous areas that can be found in it in the spotlight. The “Story of Jeju” series would be available every Sunday on KCC’s YouTube account.

Not only that, before April closes, one grand winner of P40,000 in cash would also be selected by KCC for its first-ever, Kreation: KCC PH’s 10th Anniversary Logo-Making Contest.

Good food and a whole lot of fun while learning await the supporters of K-Culture and the followers of KCC this April!