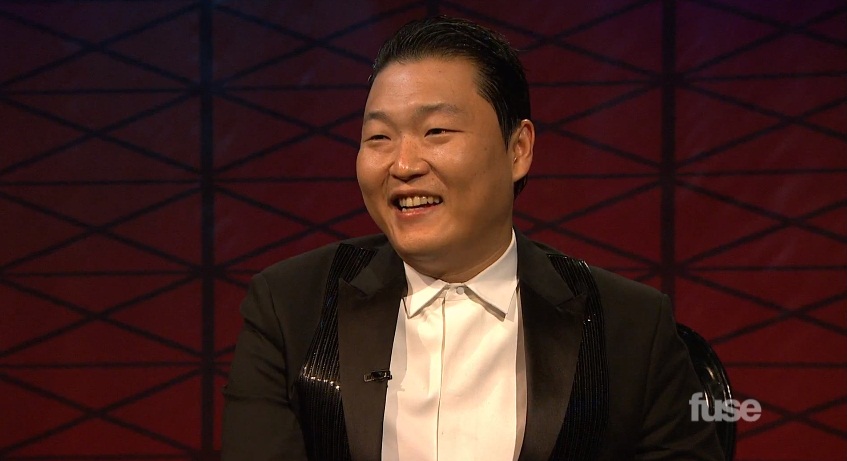 PSY takes criticism like a gentleman & talks about the music video

By Aivin | May 10, 2013
FacebookTwitter
SubscribeGoogleWhatsappPinterestDiggRedditStumbleuponVkWeiboPocketTumblrMailMeneameOdnoklassniki

Recently, the mother father gentleman PSY visited FUSE TV and was asked to share his opinion on the insult made by Green Day’s Billie Joe Armstrong via his Instagram. They were referring to the Green Day front-man posting a picture of PSY with an  negative comment stating: “This dude is the herpes of music. Once you think it’s gone, it comes back. #herpes #flareup #pleasegoaway” 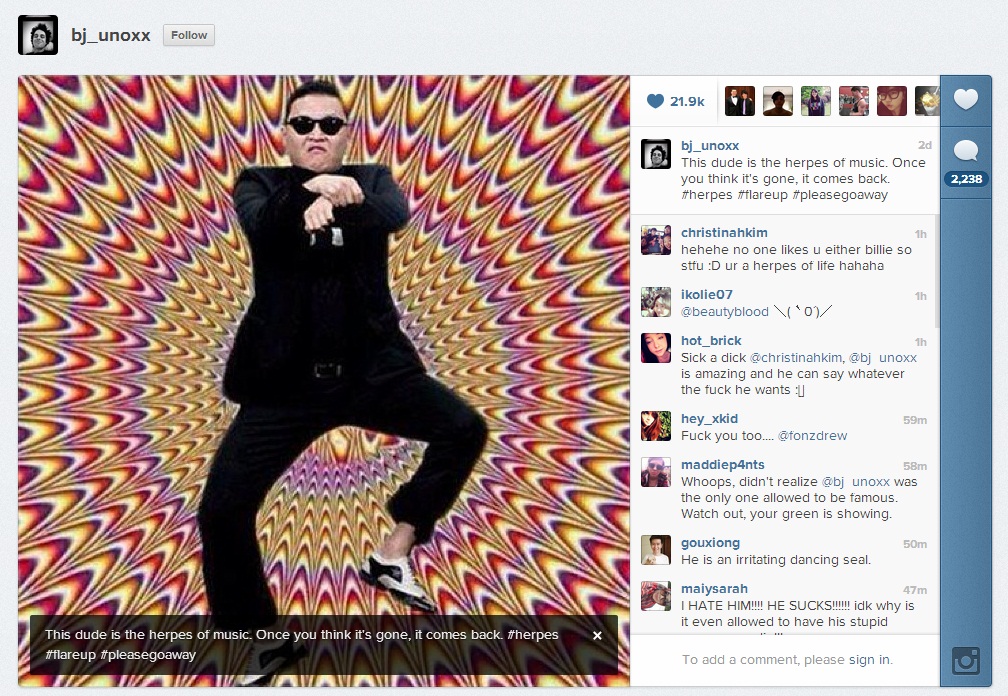 PSY, who was unaware of the comment, was confused and it had to be explained to him that herpes is a bothersome disease that doesn’t go away. Despite the harsh words; PSY handled the situation professionally by replying to Mr. Armstrong gently. PSY said “He said, I’m like the herpes… That keeps coming back. I think it’s really cool. Thank you” and ended with a smile.

Check out how PSY reacts to the news at the video below:

In addition, PSY also talked about his latest Gentleman music video secrets including the meaning and concept of the song, as well as the choreography and his MC Hammer-style parachute pants. PSY also revealed that among the many scenes of pranks pulled in the video, he at least experienced one himself previously. Furthermore, PSY also mentioned the Brown Eyed Girls and their Abracadabra choreography and his purpose and good intention of reusing their choreography.

Watch PSY reveal all below: