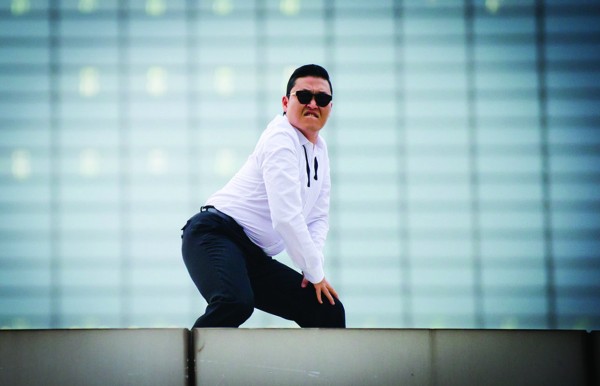 The stage at the “2012 MTV EMA” will be overflowing with some of the biggest names in music from across all genres, as MTV announced the latest batch of acts that will rock Frankfurt’s Festhalle. Fourteen-time Grammy®-winning singer/songwriter/producer Alicia Keys will perform a track off her highly anticipated fifth studio album “Girl On Fire,” while rapper/producer Pitbull will get the crowd dancing with his hot new album “Global Warming.” The Killers – the Las Vegas band that has sold more than 15 million albums globally, and just hit No. 1 on charts around the world with their new album “Battle Born” – will make their triumphant return to the MTV EMA stage, and South Korean pop sensation and global phenomenon Psy will make his MTV EMA debut with his signature “Gangnam Style.”

Psy added: “Since this is my first time to not only be nominated for an international award but perform in front of a worldwide audience, I am excited to give up my international virginity to the MTV EMA!”

Pitbull received two EMA nominations (Best Male and Best Song for “International Love” feat. Chris Brown), and The Killers and Psy are up for one award each (The Killers for Best Rock, and Psy for Best Video for “Gangnam Style,” which to date has notched more than 527 million views on YouTube). As previously announced, Rihanna and Taylor Swift top the list of the “2012 MTV EMA” nominees with six and five nods, respectively, with Justin Bieber and Katy Perry following closely behind with four nominations each. Lady Gaga, Lana Del Rey, Nicki Minaj, Carly Rae Jepsen, fun., Jay Z and Kanye West each received three EMA nominations, while Green Day, Gotye, Flo Rida, Rita Ora, Muse, Arctic Monkeys, Jack White and One Direction are up for two awards. MTV will announce EMA presenters at a later date.

The “2012 MTV EMA” will air across MTV’s global network of more than 60 channels reaching nearly 700 million households around the world as well as through syndication. In addition, its convergent programming and content will reach the entire interactive community, via MTV’s more than 200 digital media properties around the world. Bruce Gillmer and Richard Godfrey are Executive Producers for the “2012 MTV EMA.”

For the second year in a row, MTV is inviting fans everywhere to have a say in which artist deserves the Biggest Fans award. The more fans engage with the EMA content featured on MTV’s digital platforms in the weeks leading up to the show, the more their participation and points can boost the chances for their favorite artist to win the Biggest Fans prize on November 11th. Also returning this year is the Worldwide Act category, which celebrates the range and breadth of all the music that MTV has to offer by showcasing incredible artists from all parts of the world. Additionally, fans participating in the MegaFan competition on MTV’s EMA platforms can earn a chance to win a trip to the 2012 MTV EMA in Frankfurt. Fans can vote for EMA categories, including Best New, Best Live and more by visiting www.mtvema.com online orhttp://m.mtvema.com on their mobile phones. Voting for EMA categories is open now until 11:59PM CET on Friday, November 9th, 2012.

The “2011 MTV EMA”, held in Belfast, Northern Ireland, was the event’s most watched telecast ever with more than 39 million viewers tuning in to MTV and VIVA channels around the world.  The 18th annual show saw a double-digit increase year over year with the coveted P12-34 demographic and enjoyed a +29% increase in unique visitors to the EMA website on show day. The “2011 MTV EMA” also drew an impressive total of 158 million votes worldwide, a huge growth of +236% year over year.