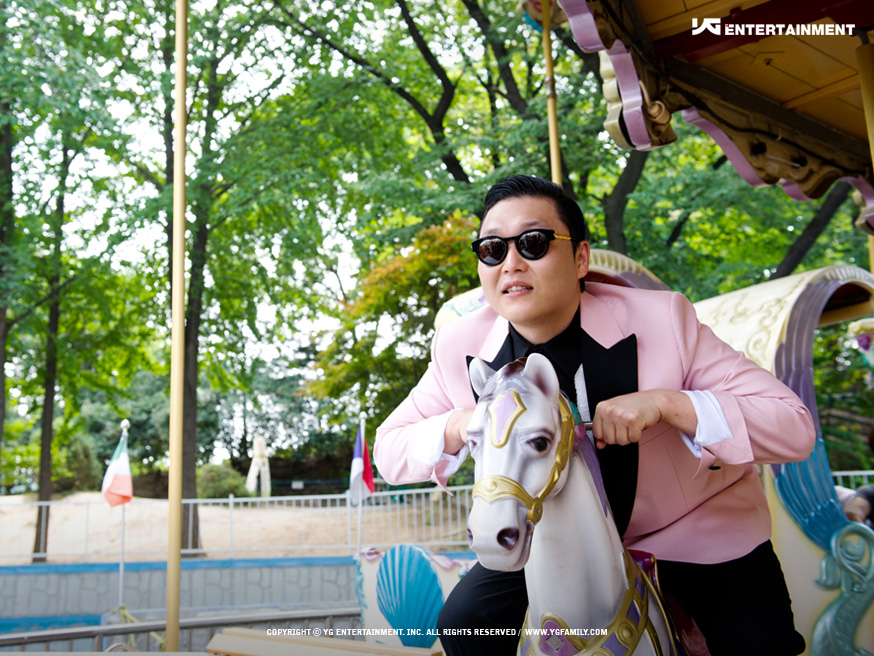 On September 25, Psy arrived in Korea to be greeted by a multitude of people who were anxious to catch a glimpse of the globally renowned star. He returned upon completing his overseas promotions with Gangnam Style in the United States and held a press conference at a hotel to elaborate on his journey. It was reported that over 100 press representatives from Korea, U.S., France, and Singapore were present at the event.

Psy was compared to Austin Powers, a comical British secret agent who serves as the protagonist of the hit film series entitled Austin Powers. He said:

“I was told in the U.S. that I was like ‘Austin Powers.’ It’s funny that even though I’m a singer, I became successful by being funny. But I think it’s true that it all started because I was able to make people laugh.”

Psy also revealed that the two most popular questions he received during his stay in the States included the meaning of Gangnam and how to do the horse dance. He told the press his reply to the question and said:

“I told them that Gangnam Style does not have any special meaning, and is not meant to be sarcastic. It is simply a fun song and that’s all there is to it.”

The artist expressed his excitement in the possibility of achieving first place on the Billboard Top 100 chart. He shared:

“I remember getting really excited when it ranked 64th. But now I’m getting a little bit excited about possibly making the No. 1 spot. If it does make it to the top spot, I want to set up a makeshift stage in front of a lot of people and perform Gangnam Style topless.”

Psy will return to the U.S. later on this year to continue promotions and is currently planning to release content in English. He announced:

“I don’t know if it’ll be a new single or a full-length album, but I plan to put out an album in the U.S. by the end of November. The first album will probably be recorded in Korean and the second one in English.”

Check out the press conference below:

Are you anticipating his English material?