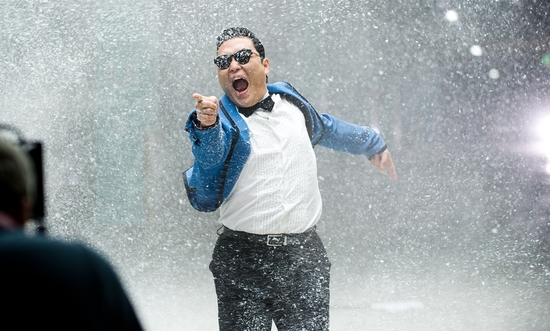 PSY to release another MV for ‘Gangnam Style’

His representative revealed this exciting information through a phone conversation with OSEN on August 8, saying, “There is an additional version to PSY’s MV, in which we have replaced ‘Oppa’s Gangnam Style’ to ‘Oppa is just my style’.”

The representative continued to reveal that, “4minute‘s HyunA is still in this MV, but Yoo Jae Suk and Noh Hong Chul will not be. We are planning to release the other MV in mid-August. However, due to the explosive popularity, we are discussing releasing it at a much later date.”

In other separate news, the agency received a call from Justin Bieber’s agency today.  The likelihood of scheduling a meeting between the two parties is now on the table. The intent regarding the call is still unknown at the moment, but the call clearly demonstrates how widespread the popularity of Psy’s song now is.

Gangnam Style achieved an astonishing all-kill on online music charts immediately after being released on July 15. Soon after, the ‘horse dance’ and the various hilarious expressions and scenes in the MV left deep impressions to YouTube viewers.  The MV quickly became one of the world’s hottest topics of conversatin. The craze continued when the MV’s popularity was reported on various non-entertainment news outlets, such as CNN, LA Times, The Wall Street Journal, Channel NewsAsia and many more.

Really, how many times have you watched the Gangnam Style MV already ? Are you looking forward to the new, additional, MV?

For your convenience, you can catch your dose of Gangnam Style again below!