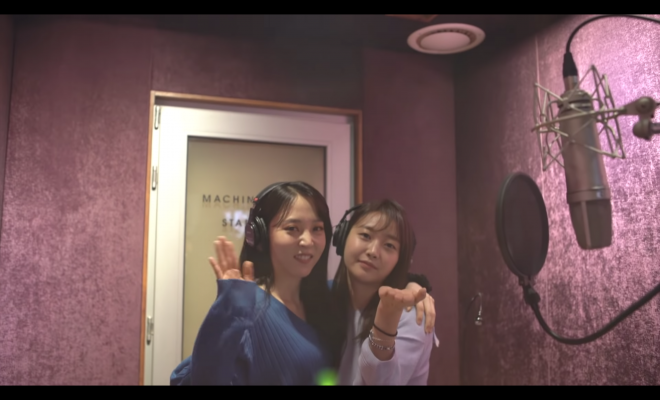 By Kirsten Marquez | May 28, 2020
FacebookTwitter
SubscribeGoogleWhatsappPinterestDiggRedditStumbleuponVkWeiboPocketTumblrMailMeneameOdnoklassniki

The music video for the remake showed the recording process for the song. Cutely displaying their excitement by exclaiming “Let’s get it” and “Come on”, the duo charmed viewers with their friendship. Additionally, the collaboration between the two artists thrilled listeners. Punch’s higher, airy vocals perfectly complimented Moonbyul’s deeper harmonization and rap verse.

The remake was produced by legendary Song Dong Woon, who has worked on the OST’s for many famous dramas including Goblin, Descendants of the Sun, and Hotel Del Luna.

This collaboration is a refreshing twist to the beloved love ballad and brought back nostalgic memories of the popular drama led by IU.

Punch herself acknowledged the great support for the song by fans of the historical drama. Uploading an image for the single with the caption, “Long time no see”, the remake was a beautiful way to walk down memory lane.

Hellokpop, as an independent Korean entertainment news website (without influence from any agency or corporation), we need your support! If you have enjoyed our work, consider to support us with a one-time or recurring donation from as low as US$5 to keep our site going! Donate securely below via Stripe, Paypal, Apple Pay or Google Wallet.
FacebookTwitter
SubscribeGoogleWhatsappPinterestDiggRedditStumbleuponVkWeiboPocketTumblrMailMeneameOdnoklassniki
Related ItemsMoonbyulPunchPunch "Say Yes"Punch Moonbyul collaboration
← Previous Story EXO’s Lay Gives A Grandiose Glimpse Of His New Song “LIT” With Cinematic Music Video Teaser
Next Story → Stray Kids Announce Their 1st Full Length Album “GO LIVE” With A Thrilling Teaser