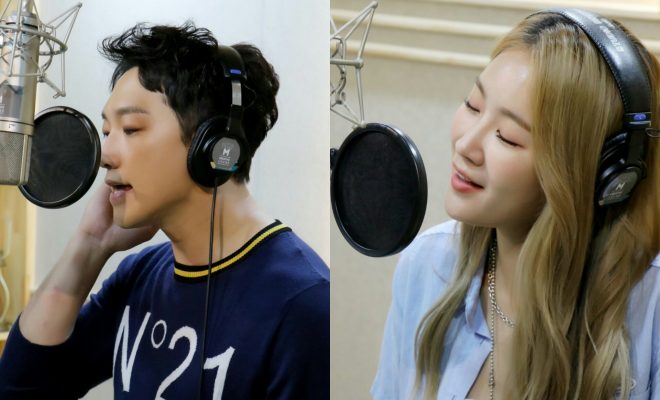 Rain and Soyou are teaming up to beautifully bring a new beginning this September!

Rain and Soyou will be signaling the start of yet another sweet Autumn season as they join the lineup of collaborations for the Pepsi X Starship project. 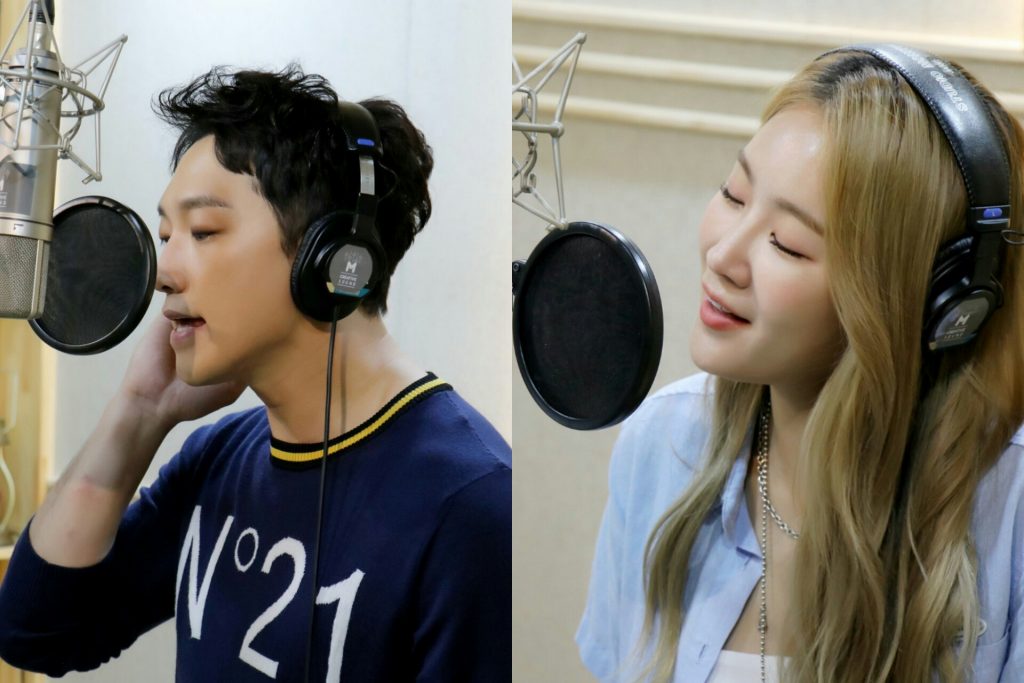 The two singers will soon croon fans with a delightful collaboration to mark the start of yet another beautiful season.

Titled “Beginning”, the sweet serenade from Rain and Soyou is slated to be released on September 16. Starship Entertainment shared a photo of the two during their recording session for the song, showing how much they worked to bring a new song for fans to fall in love with through their honey voices.

On September 10, Pepsi and Starship Entertainment also revealed a teaser video for the collaboration which featured a sweet couple spending a refreshing day with each other. It also previewed the smooth and comfy melody of “Beginning”, along with the mellifluous and breathy vocals of the two singers.

Recently, Pepsi released the music video for the Korean version of “For The Love Of It” which featured Starship’s global boy group MONSTA X. It followed the latest installment of the 2019 Pepsi K-Pop Collaboration Project between the beverage brand and Starship Entertainment – “Cool Love”, which brought the team-up of the MONSTA X member Hyungwon and VIXX’s Hongbin for a summer track produced by DRESS.

READ: MONSTA X Wraps Up Summer With A Fun Party In “For The Love Of It” Music Video With Pepsi

Hellokpop, as an independent Korean entertainment news website (without influence from any agency or corporation), we need your support! If you have enjoyed our work, consider to support us with a one-time or recurring donation from as low as US$5 to keep our site going! Donate securely below via Stripe, Paypal, Apple Pay or Google Wallet.
FacebookTwitter
SubscribeGoogleWhatsappPinterestDiggRedditStumbleuponVkWeiboPocketTumblrMailMeneameOdnoklassniki
Related ItemsBeginningpepsi x starshipRainSoyou
← Previous Story TVXQ’s Changmin Makes A Generous Donation To Save The Amazon Forest
Next Story → How Epik High Quirkily Hypes Up Their Concert Stage With Hilarious Posters