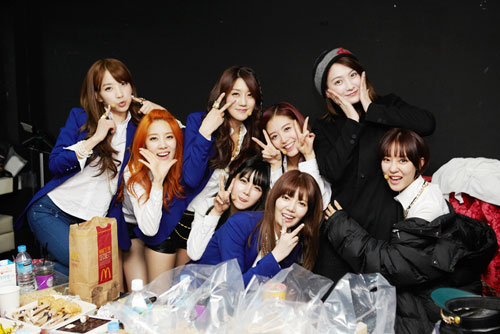 Rainbow’s 8th member? Can you find her?

The photo was taken at Rainbow’s recent comeback showcase which was held on February 13th. It is said that Kang Ji Young came to support her fellow label mates who were making their comeback from the hiatus of one year and eight months.

On the other hand, Rainbow’s newest song Tell Me Tell Me has been released and the group has started their broadcast activities once again.