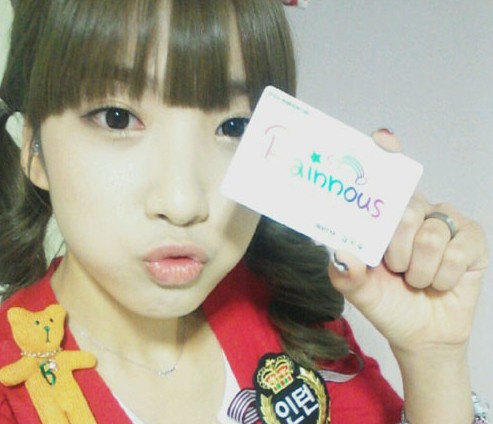 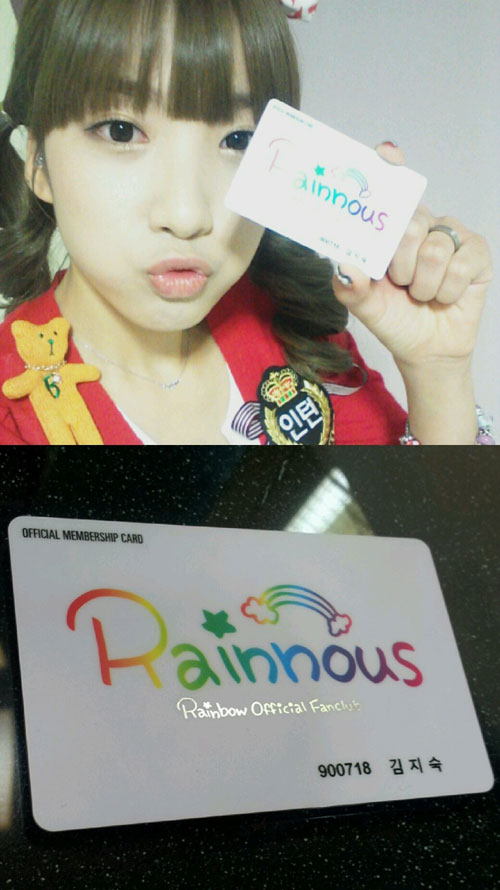 Rainbow member, Kim Jisook, has become the first idol to design a fan club card herself, and has become a hot issue.

On November 8, through her Twitter, she said, “the card Jisook designed for Rainbow’s fan club finally is out~”, along with the photo she uploaded. The revealed photo was of Kim Jisook holding up the Rainbow fan club Rainnous‘s card that she designed.

She was pretty well known for her unique skills before but finally proved it with her design and production of the fan club card that she made herself. The design for the card was of her own penmanship that she wrote out, making it to be even more special. Kim Jisook always wondered what she could give as a gift to her fans and so she proposed herself to her agency to design and produce the card herself.

The fans that signed up for the special fan club card that Jisook designed, will be sent them in the mail starting November 8.