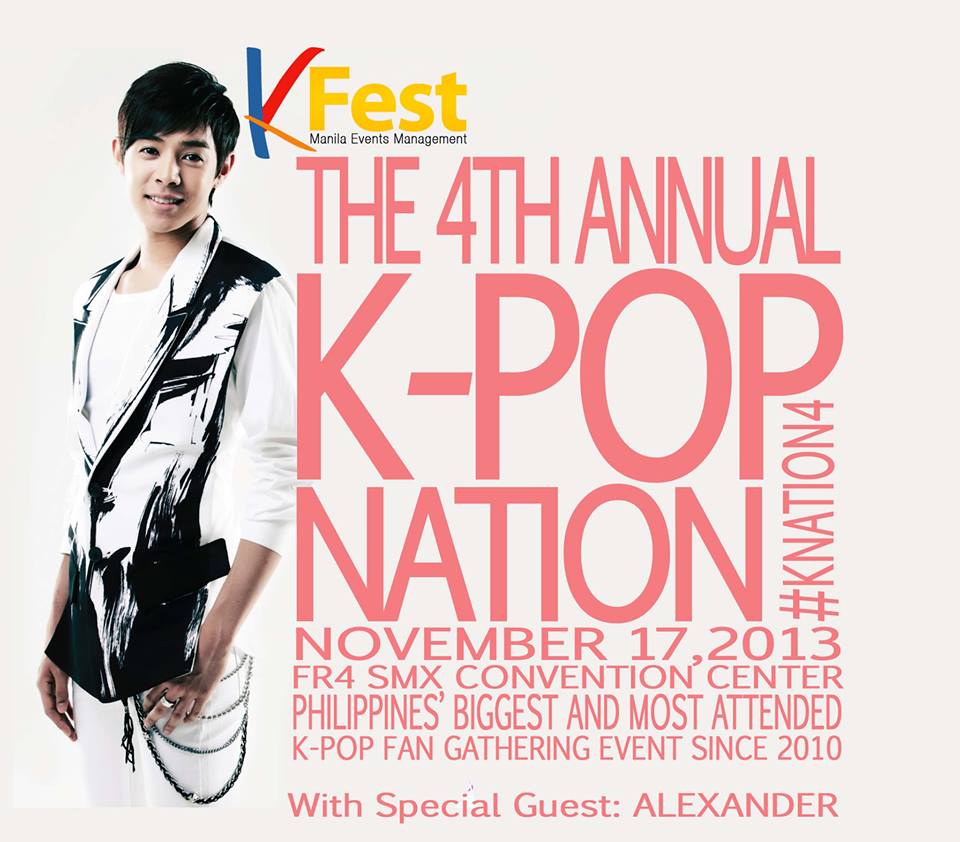 Alexander set to grace K-pop Nation 4 in the Philippines

K-pop Nation is back again to rock Manila, Philippines,  for another year of K-pop goodness– this time with Alexander joining in the festivities!

Also dubbed as KNATION4, this mega K-pop fan convention will be taking place at the SMX Convention Hall on the 17th of November, with a lengthy list of K-pop themed activities, special tributes and performances to keep even the pickiest of fans satisfied to their hearts’ content. K-pop cosplaying, dancing, singing, and Bingsu eating are just a few of the many contests lined up for fans present. Not only that, Alexander will be gracing the event as a special guest and making a special appearance on stage as well!

Since its inception in 2010, the annual event of  Kpop and Culture Fest has been making waves both locally and overseas and is widely regarded as Philippines’  ‘Biggest and Most Attended K-pop Fan Gathering Event’.  Organised by KFEST Manila Events Management, K-pop Nation 4 is planning for a turnout of at least 7,000 fans for this year’s event and is expecting to become a big, if not bigger, hit than its predecessors.

For more information, visit Kpop and Culture Fest’s official Facebook here. Fans can also tweet about the event through the #KNATION4 hashtag!