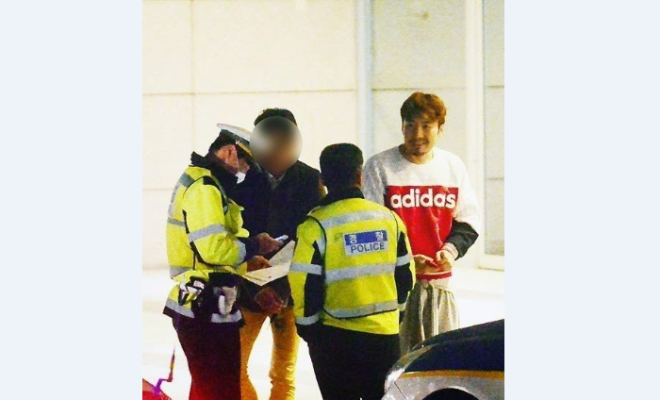 Noh Hong Chul speaks up about his recent accident

Entertainer Noh Hong Chul, mainly known for his role as a cast member of variety show Infinite Challenge, was caught over a week ago for drunk driving. The entertainer had decided to withdraw from both Infinite Challenge and I Live Alone in light of the accident.

According to the police and articles written about the situation, it is said that Noh Hong Chul had refused to take a breath test. In his letter written today to his fans on his Twitter account, he states his side of the story.

He starts his letter by apologizing for creating a disturbance for many people: “Right now, even if I had ten mouths, I wouldn’t be able to say anything. But because I don’t have an agency that can release a statement and answering all the questions that reporters send takes too long, with courage I write this letter,” he writes with sorrow.

Noh Hong Chul ends the letter by telling fans that he is reflecting and is willing to receive his punishment accordingly and apologizes deeply for disappointing his fans and others.

With all this in mind, the alcohol content in his blood was apparently o.1 percent which is over the Korean legal limit of 0.05 percent. Police have revealed that Noh Hong Chul would be fined and would have his licence cancelled for a whole year.

Hellokpop, as an independent Korean entertainment news website (without influence from any agency or corporation), we need your support! If you have enjoyed our work, consider to support us with a one-time or recurring donation from as low as US$5 to keep our site going! Donate securely below via Stripe, Paypal, Apple Pay or Google Wallet.
36
SHARES
FacebookTwitter
SubscribeGoogleWhatsappPinterestDiggRedditStumbleuponVkWeiboPocketTumblrMailMeneameOdnoklassniki
Related Itemsdrunk drivingI Live AloneInfinite ChallengeMBCNoh Hong Chul
← Previous Story Daily Recap: Kyuhyun’s Mini Album; Kris’s Music Video; Starship Entertainment hold New survival show “NO.MERCY”
Next Story → US fans in uproar over upcoming show “The Drop”