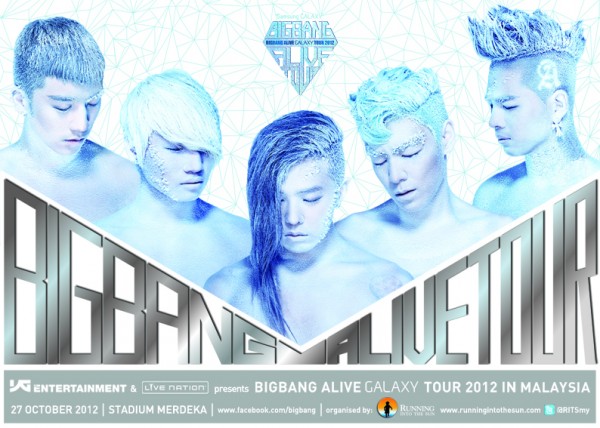 “We expected a huge turnout as we know the huge pull BIGBANG has in Malaysia, but it was the community spirit of all the fans that touched us, as they helped each other out in the queue and on Twitter and Facebook. It was also very beautiful to see fans of all ages, races and demographics come together; proving that music is truly a universal language. We are certain that the show will not disappoint and will promise fans a great concert on 27 October”, said Wendy Ng, Executive Producer of Running Into The Sun, the organizer of the concert.

BIGBANG Alive Galaxy Tour 2012 Malaysia is sponsored by Samsung Galaxy, presented by YG Entertainment and Livenation, and organized by Running Into The Sun with official partner PMP. 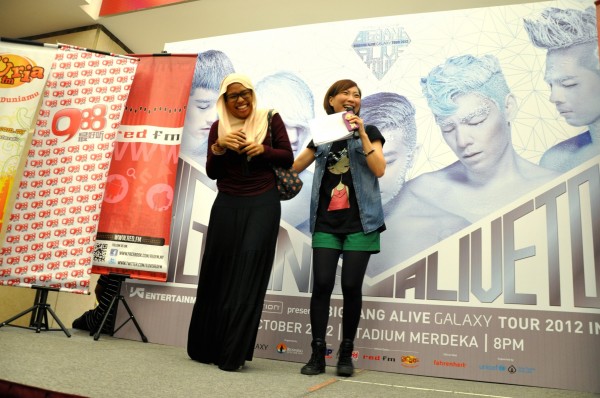 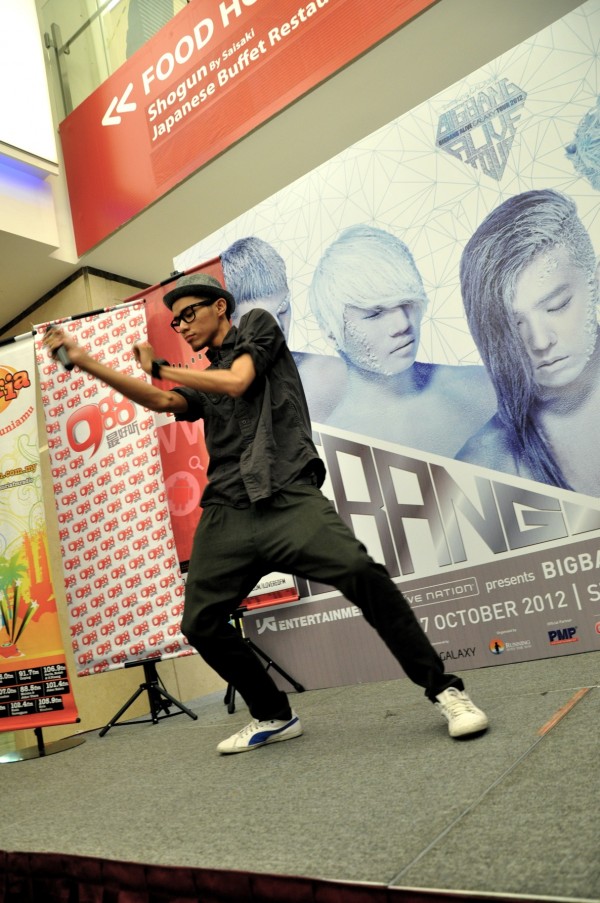 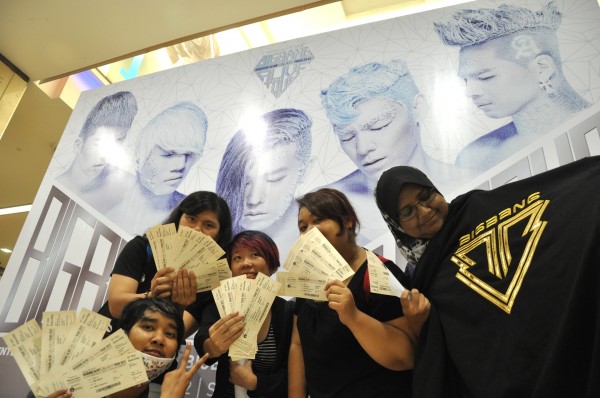 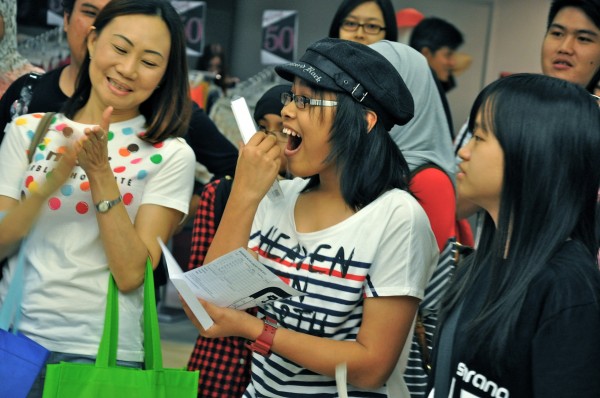 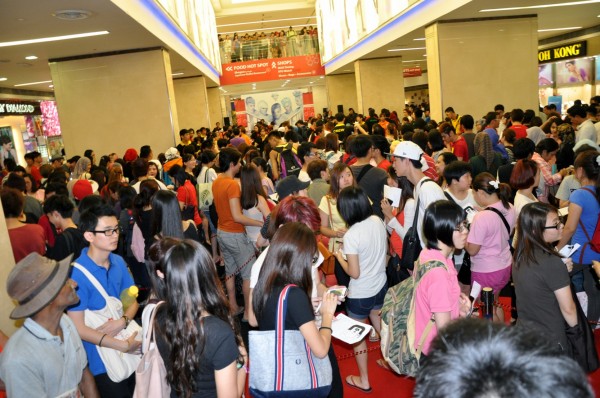 Source and photos: Running Into The Sun