According to SM Entertainment on September 4, Red Velvet is set to release its first full-length album The Red on September 9.

The new album is a collection of 10 tracks, including the lead single Dumb Dumb. It is expected to receive favorable responses from fans, who are eager to see the girls’ new music and performances.

Composed by LND Noise, Dumb Dumb is an uptempo dance track, with catchy hook and groovy beat. The song is about a girl who becomes awkward and foolish in front of her crush. 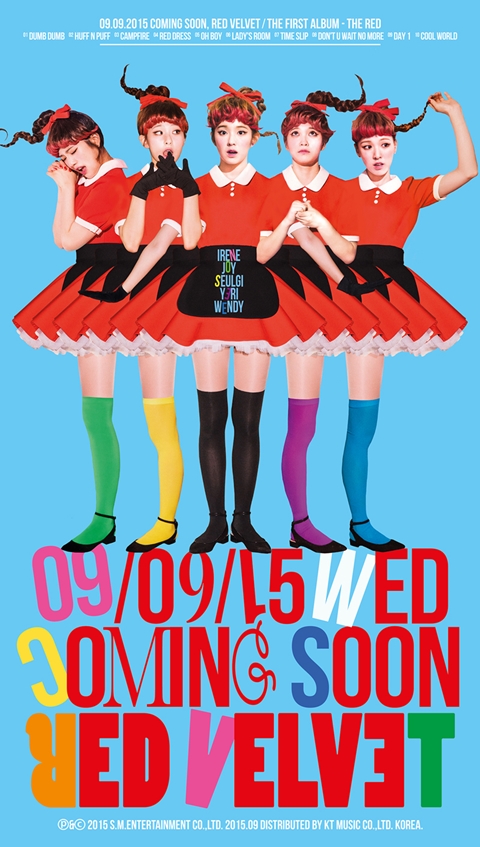 SM Entertainment stated: “Red Velvet is an up-and-comer with solid singing and performance skills. They will continue the strong girl group tradition set by Girls’ Generation.”

Earlier on September 3, Red Velvet posted a series of images on its official Instagram, creating a fun art wall for the group’s coming album, with the album’s name and full track list unveiled.

In related news, Red Velvet made its debut with single Happiness last August, and has since proved the members’ singing and dancing abilities through various concepts, from cute to alluring ones. The group’s first mini album Ice Cream Cake, which was released in March, dominated a number of local and international music charts, with the namesake lead song receiving six trophies on cable and major local music shows.