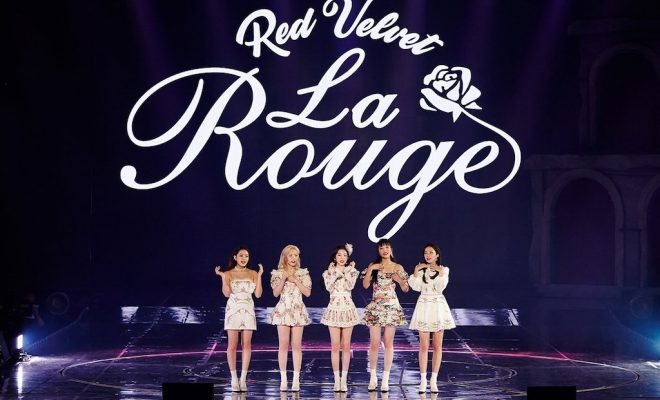 ReVeluvs, you can now look back at your La Rouge experience thanks to this upcoming photobook from Red Velvet!

Looking for ways to relive your La Rouge experience, ReVeluvs? You’re in luck, as Red Velvet is preparing to release a photo book dedicated to their third solo concert last November 2019.

On July 3, the girls will be giving their fans a look back at their La Rouge concerts through snapshots from their performances at Korea University’s Hwajeong Tiger Dome. Aside from performance photos, their photobook will also feature photos from the waiting room and backstage, as well as their preparations for the concerts.

The members also sat down for an honest interview where they shared their thoughts about the concert and what they think are the best parts of the show. Additionally, each member wrote cute messages for their ReVeluvs which can be found as handwritten notes in their upcoming gift. Red Velvet’s photobook will be available for pre-order through online music stores from May 22 to May 31.

In related news, Red Velvet’s Joy was recently featured in a collaboration single with Crush. The track was released on May 20, and it serves as the first song to drop from his project called “homemade 1”, a series of singles lined up for release.