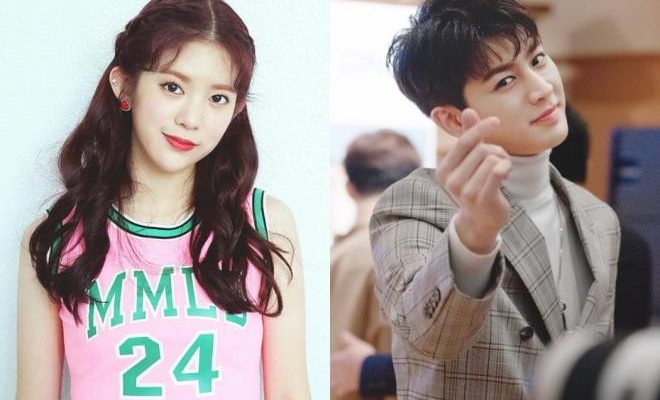 Fascination with the romantic lives of music stars is universal, yet it takes special meaning in the world of K-Pop fandom.

Traditionally, K-Pop stars were discouraged from dating and required to stay faithful only to their supporters, but despite this, many musicians decided to put their reputations on the line for love. With the stakes so high, every dating story involving a popular K-Pop musician has an element of Shakespearean drama that makes it difficult to look away. A dating site has collected those romantic dating stories of K-Pop idols.

Here are some famous couples that followed their hearts rather than caring about their reputations to the point where they would have to deny their own emotions.

It took a while for this couple to be allowed to date publicly, as both of those successful musicians initially had to hide their feelings for each other. Daisy, a former member of the girl group Momoland, and Song from the boy`s band iKON had to pretend they were just friends for months, as their agencies pressured them to keep their relationship from going public. The truth eventually came out, so the couple is finally able to behave normally. Their representatives, as well as the fans, eventually came to accept the reality and now support them.

In the true fashion of romantic literature, this relationship was kept private for a while and only came to light accidentally. Singer Sulli was considered controversial even before rumors of her love affair with the rapper Choiza were publicized, which is why she was careful not to reveal the true nature of their companionship. This effort failed in 2014 after Sulli lost her wallet, which contained photographs of the pair together. While both celebrities endured a lot of criticism, their relationship continued until 2017.

This romance between two K-Pop stars that started in 2019 serves as a perfect example of the risks taken by musicians who publically date someone. Jihyo, a popular band TWICE member, lived together with her bandmates and had to use other apartments to meet her boyfriend. Meanwhile, Daniel Kang was exposed to heavy criticism from his (largely female) fans, potentially slowing down his promising solo career. However, the relationship was eventually made official.

One of the oldest romantic stories of K-Pop, this case includes a secret marriage between a music superstar and a beautiful actress. Seo Taiji became a cultural icon in Korea on the wings of the success of his band Seo Taiji and the Boys, so he made national news in 2011 after it was discovered that he spent several years in marriage with Lee Ji Ah. While this liaison ultimately ended in a bitter divorce and scandal, it illustrates the lengths that popular musicians have to go to maintain their public image and avoid backlash from the fans.

While Kangnam was born in Japan and is only half-Korean, he achieved stunning success in Korea with his band M.I.B. and eventually became a naturalized citizen in 2019. This decision might have been influenced by his relationship with one of the country’s best athletes, stunningly beautiful Olympic speed-skater Lee Sang-hwa. The couple soon got married and remains very popular in public, so this is one of the rare stories involving K-Pop idols that have a happy ending – at least so far.

Love breaks down all barriers

Despite the fans’ pressure to stay single, K-Pop idols are human and fall in love like anyone else. In fact, it’s not rare for two K-Pop performers to date each other, and in the future, perhaps more of them will be inspired to be open about it. From the experiences of the present generation of stars, it’s clear that it’s impossible to impose unrealistic chastity standards on young people. Celebrities will always be held to a higher standard, but even the most passionate fans will have to embrace the fact that their idols have private lives too. That might make love stories of K-Pop stars less dramatic, but certainly no less captivating.