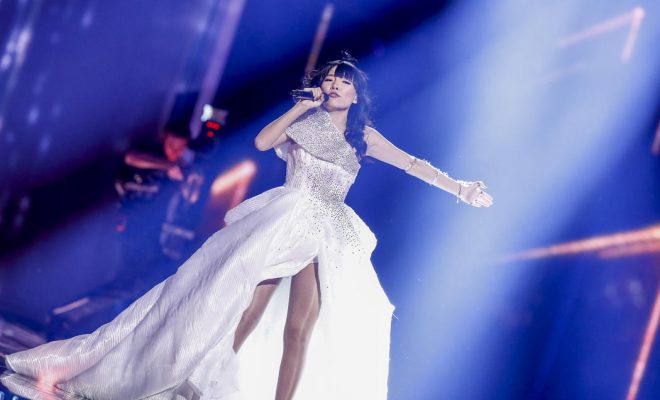 Are you rooting For Dami Im At Eurovision?

By Xiaolong | May 14, 2016
FacebookTwitter
SubscribeGoogleWhatsappPinterestDiggRedditStumbleuponVkWeiboPocketTumblrMailMeneameOdnoklassniki

Dami Im, the Korean-Australian winner of The X-Factor Australia is competing in Eurovision with “Sound of Silence” on May 14.

Dami Im was born in South Korea, but lived most of her life in Australia. She sang Christian songs, and released several singles and a debut album before deciding to audition for the X-Factor, eventually winning it. Later, her song “Super Love” also charted on Gaon in Korea.

In March 2016, it was announced that she would be representing Australia at the Eurovision Song Contest, the longest running televised song competition. In Stockholm, Sweden, the singer will take the stage in the final with “Sound of Silence” on May 14, as the 13th contestant out of 26 countries.

Check out her performance at the semi-finals below! Are you going to watch her on Saturday in her stunning silver dress?