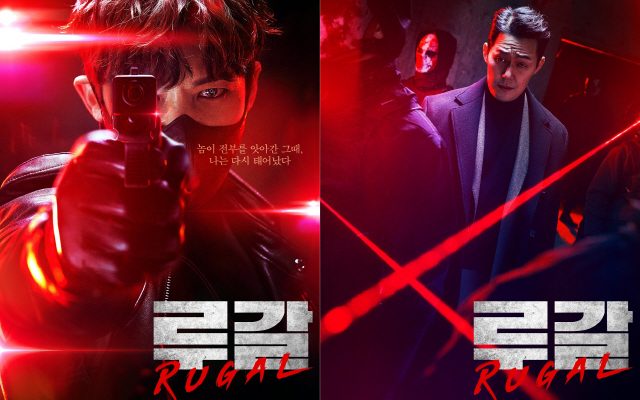 OCN sets high expectations for their content as they release teasers for their exciting thriller drama, Rugal. On January 30, OCN shared new posters that captures the vigorous expressions of the main characters portrayed by Choi Jin Hyuk and Park Sung Woong. In the released posters, both Choi and Park dominate the atmosphere with intense eyes. 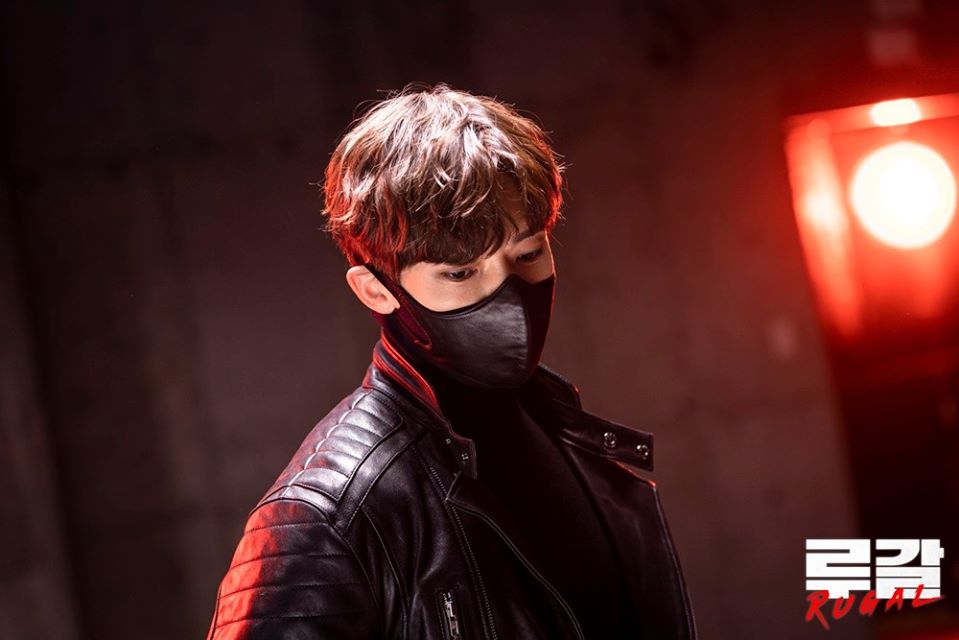 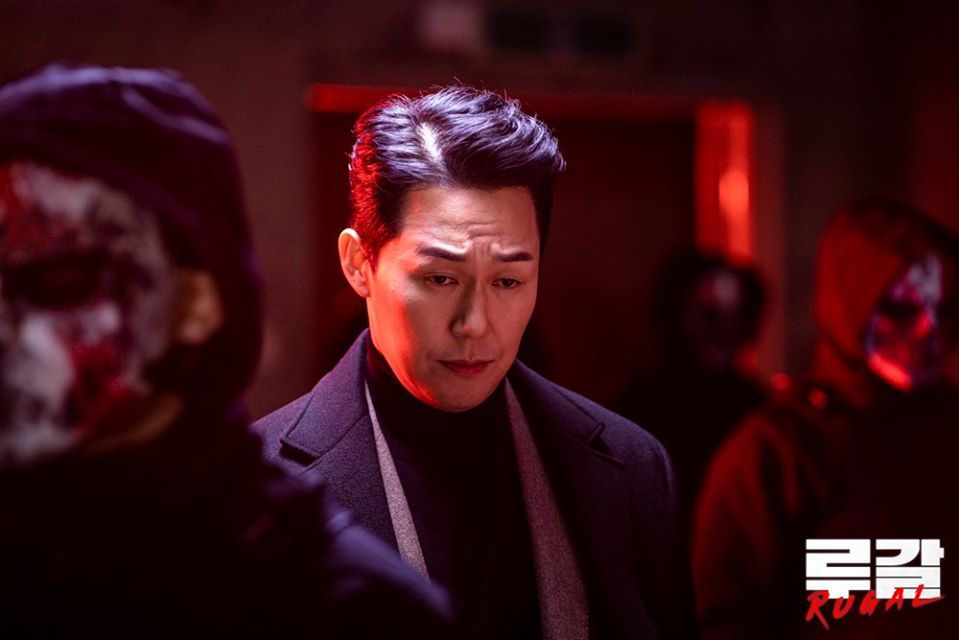 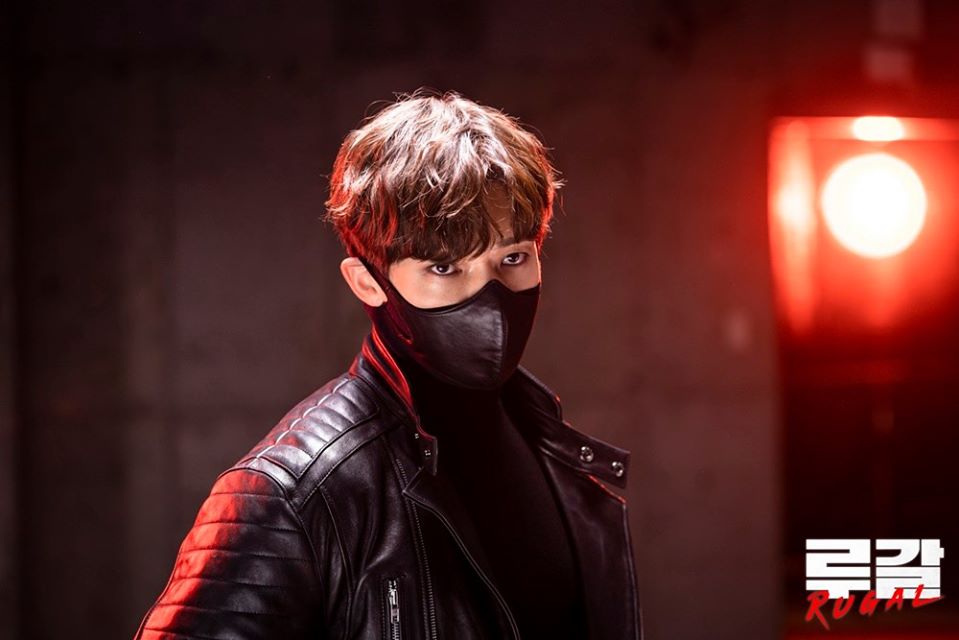 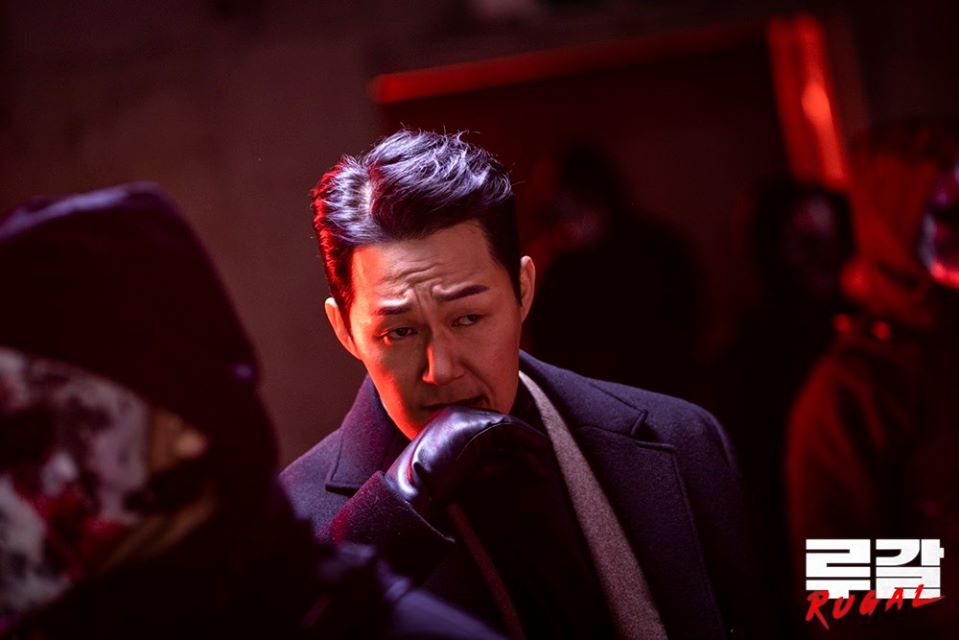 Based on the webtoon of the same name, Rugal is a science fiction action drama about a special organization called ‘Rugal’ which fights against Korea’s largest terrorist group Argos. The drama depicts the revenge story of an elite police officer who was reborn as  a member of ‘Rugal’, after losing his eyes and his beloved wife by a brutal criminal organization ‘Argos’.

The breathtaking bout of the special police organization ‘Rugal’ and the criminal organization ‘Argos’ will unfold in a thrilling way. 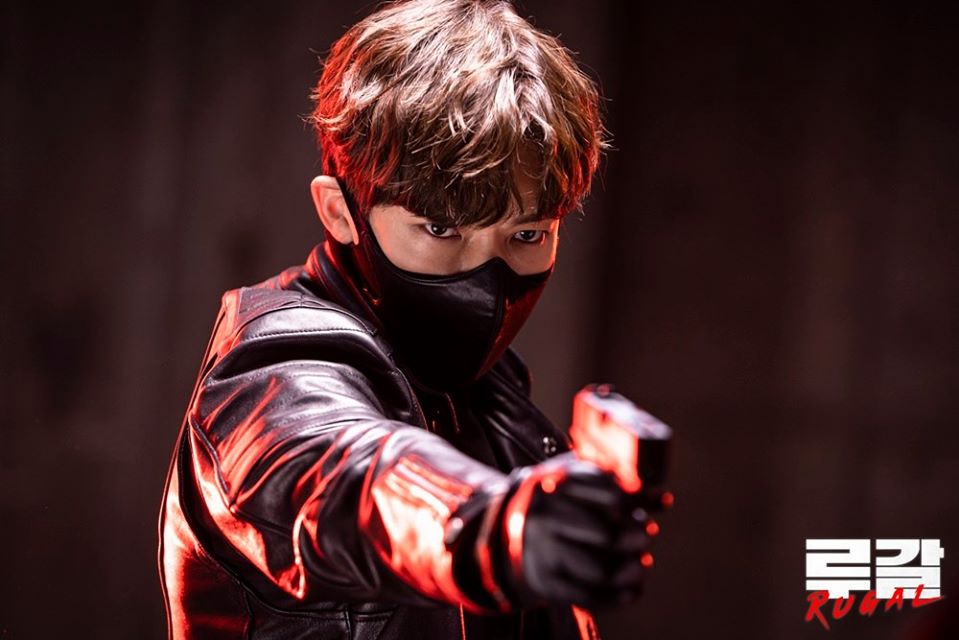 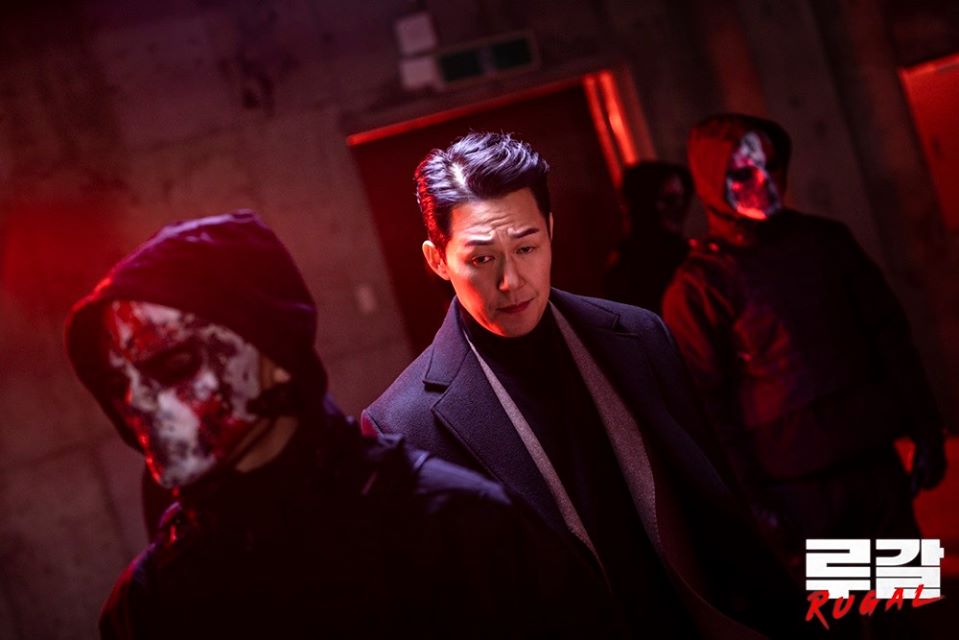 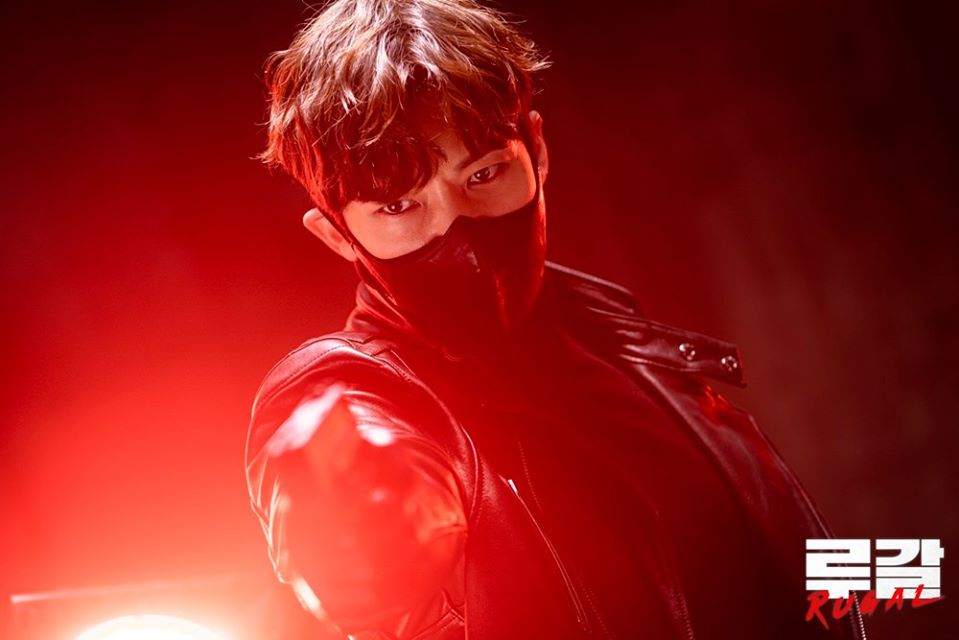 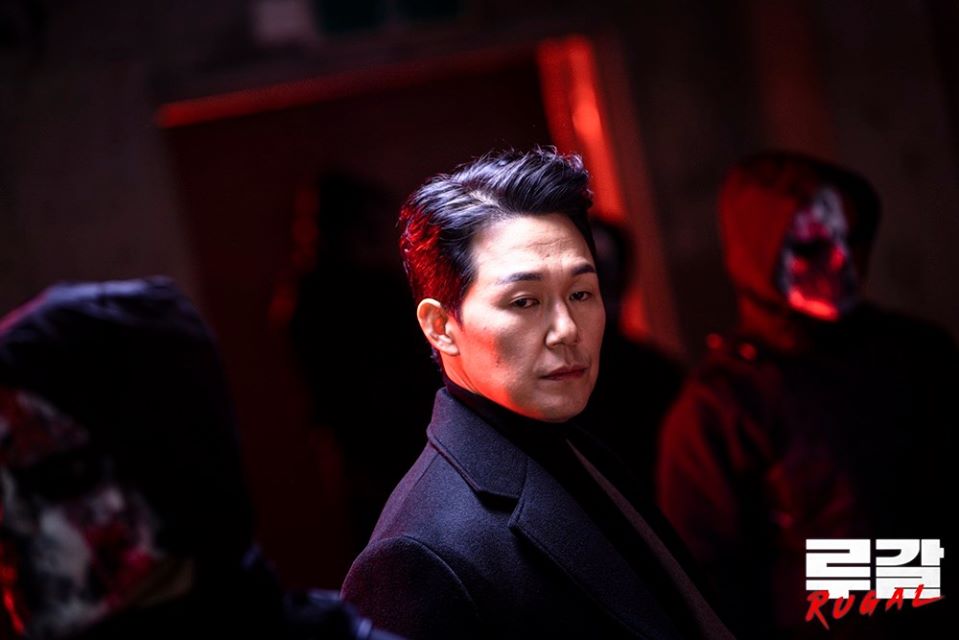 The presence of Choi Jin Hyuk as the hero of humanity, Kang Ki Beom and Park Sung Woong as the absolute evil, Hwang Deuk Gu in the poster released gives off the thrills.

In the posters, Choi’s eyes are aimed at someone and his eyes are set for revenge. The quoted phrase “When he stole everything, I was born again” raises a question on where his eyes are headed.

On the other hand, Park’s character Hwang Deuk Gu who appears with his evil force has a terrifying presence. His brutally cold face does not fail to reveal the ruthlessness within him.

Another poster that was released together showcases the vivid composition of the conflict. Choi Jin Hyuk’s sharp eyes, equipped with special abilities radiated blue light as if they had captured a target.

While Park Sung Woong’s eyes possess unreadable emotions as he continues staring sharply causing a creepy feeling. His dark aura is similar to the devil’s image.

Above all, it looks like the two are sending a silent warning to each other – foretelling a bloodless war. 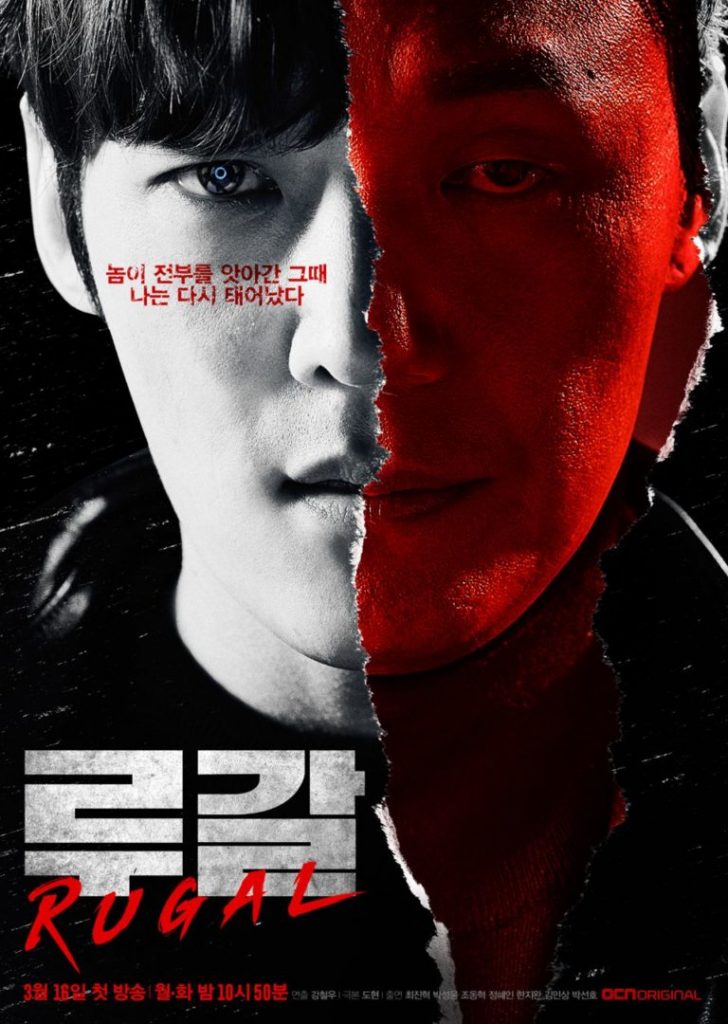 Choi Jin Hyuk, who is loved for his unlimited acting skills across various genres transforms himself from a normal detective into a person with special abilities. Equipped with artificial eyes that provides enhanced abilities, his character joins a special police organization ‘Rugal’.

He moves forward to get his revenge against the terrorist group ‘Argos’. Park Sung Woong plays absolute villain Hwang Deuk Gu – the core player of the notorious organization. Kang Ki Beom throws away everything for revenge to end the dangerous game of Hwang Deuk Gu, who shakes the world with his innate cruelty.

The crew of Rugal said, “The synergy between Choi Jin Hyuk and Park Sung Woong is maximizing the appeal of science action thriller Rugal. Expect a hot action to take place and watch the birth of another type of Korean hero.”

Rugal will be aired first on March 16 at 10:50 pm KST via OCN and will broadcast every Monday and Tuesday.