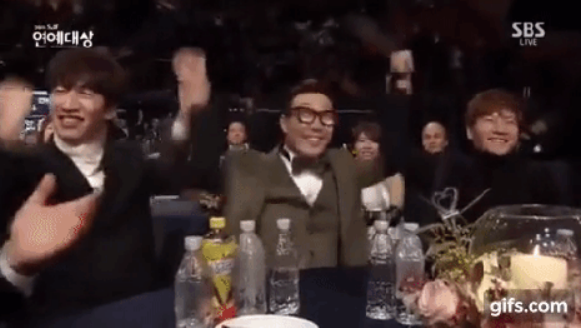 The girls captured all eyes with their stage and youthful looks. They received strong support from all the guests at the event.

The girl-group’s most dedicated fans came from the members of the popular reality TV show, Running Man.

The program’s male hosts showed their excitement and cheers for their performance.

Although the TV show’s Song Ji Hyo expressed her embarrassment at the reactions of her fellow cast, she was also pulled into the cheering session along with the other members.