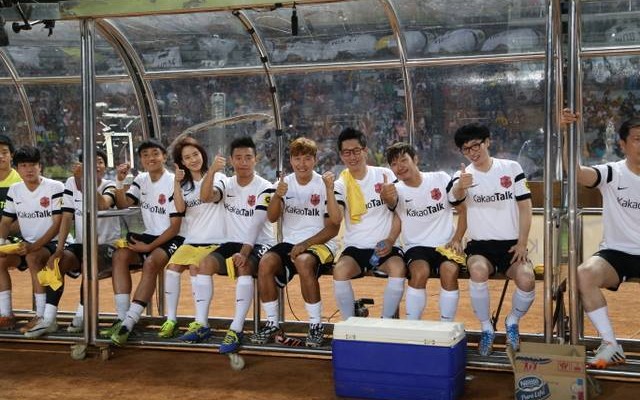 Followed by the announcement of the top Korean footballer Park Ji Sung’s retirement from professional football, KakaoTalk Asian Dream Cup 2014 will be the last Asian Dream Cup held by JS Foundation. The charity match was played at Gelora Bung Karno, Jakarta on June 2.

The opening ceremony of the KakaoTalk Asian Dream Cup 2014 was kicked off by a torch relay from Indonesia’s top athletes, Dedeh Erawati and Suryo Agung, accompanied by performance from University of Indonesia’s Madah Bahana marching band. Both athletes relayed the torch to Ade Lukman, Head Committee of Sport For All from the Indonesian Olympic Committee, and Park Sung Jong, Director of JS Foundation. Together, Ade Lukman and Park Sung Jong lit the cauldron as a symbol for the opening of KakaoTalk Asian Dream Cup 2014. 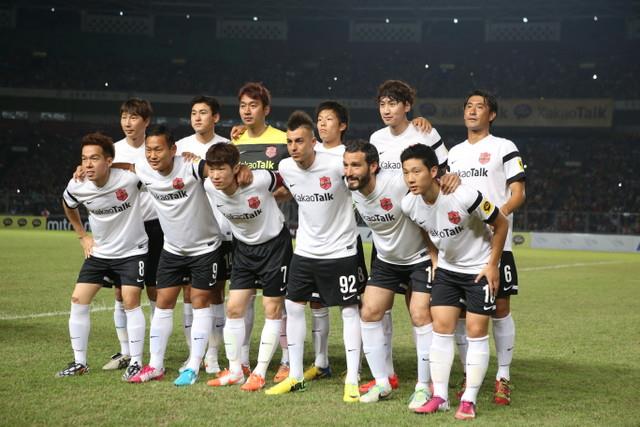 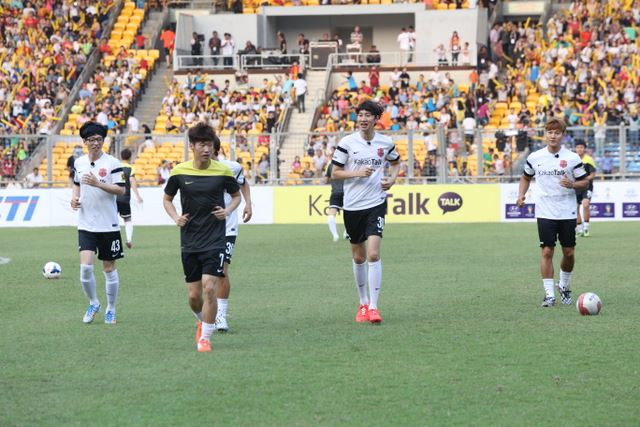 During the half time break, the audiences were entertained by performance from Judika, Indonesian Idol runner-up, singing Queen’s I Want to Break Free. His energetic performance created high excitement among the audiences.

The second half of the match ended with no goal scored. However throughout the game, the audiences were treated to an exciting sight with the Running Man members taking turns to play on the field. Yoo Jae Suk, being the last Running Man member on the field, showed his hard work for the match. For several times, he managed to threaten Andritany’s goalpost much to the amazement from the fans and spectators alike.

Funny moments of Running Man members edited by a fan 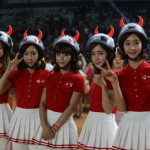 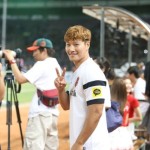 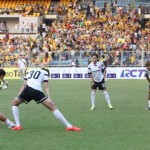 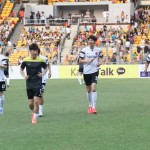 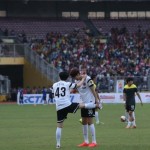 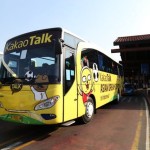 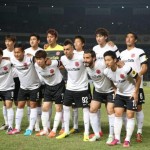 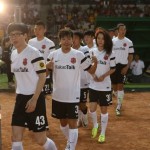 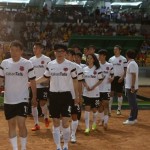 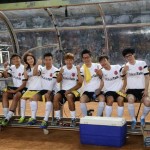 hellokpop supports JS Foundation’s philosophy, to bring happiness and joy to people from different countries through sports, specifically football. Through the KakaoTalk Asian Dream Cup 2014, it hopes that people will be inspired, especially young talented football players to run for their dreams.