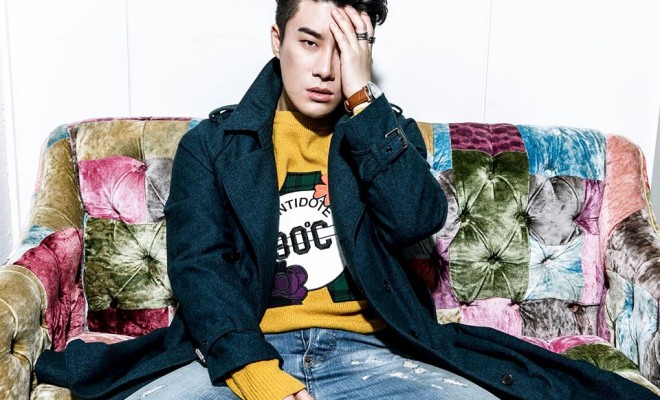 San E To Release “Do It For Fun”

San E will be officially dropping his track Do It For Fun following the performance at MAMA 2015.

The rapper dropped the news with a photo of himself via his official Facebook page on December 13. He is expected to release the track on Christmas Eve at 12pm. 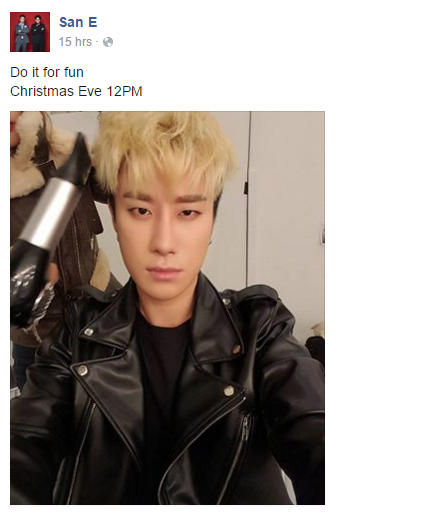 His agency Brand New Music told OSEN, “The new song Do It For Fun that San E performed at MAMA 2015 will be released on the 24th afternoon.” At the K-pop awarding show held on December 2, the soloist also took home the best rap performance award.

Hellokpop, as an independent Korean entertainment news website (without influence from any agency or corporation), we need your support! If you have enjoyed our work, consider to support us with a one-time or recurring donation from as low as US$5 to keep our site going! Donate securely below via Stripe, Paypal, Apple Pay or Google Wallet.
FacebookTwitter
SubscribeGoogleWhatsappPinterestDiggRedditStumbleuponVkWeiboPocketTumblrMailMeneameOdnoklassniki
Related Itemsdo it for funMAMA 2015rapSan-E
← Previous Story Yoon Mi-rae Releases “This Love”
Next Story → SHINee ‘Dance Dance Dance’ In Latest MV