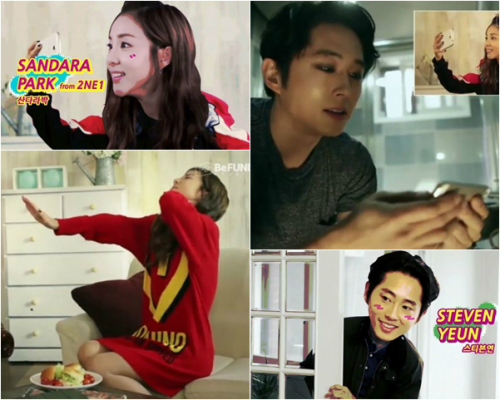 According to Korea Herald, Sandara Park and Steven Yeun’s video series have delivered more than one million views after being released just four days ago.

The series follow Steven’s character as he leaves his girlfriend, played by Sandara, in LA to pursue his dream of making a name for himself in South Korea. Upon arriving in Korea, he finds the only way to start his career is through ‘Meokbang’ – broadcasting himself eating different foods in front of a webcam.

With the success of the series, Sandara has also been praised by viewers for her acting skills.