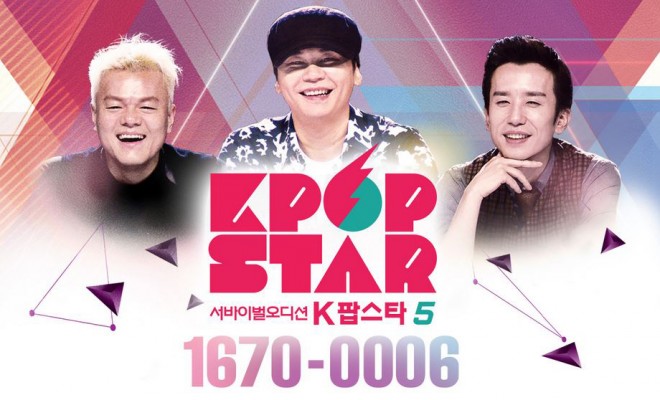 Here’s your opportunity, future K-Pop idols in the USA and Canada!  K-Pop Star is currently holding auditions in North America, in preparation for Season 5!

Produced by Seoul Broadcasting System (SBS), K-Pop Star is a highly popular South Korean singing survival TV show, where three of the largest entertainment/talent agencies in South Korea audition singers from around the world, hoping to discover their next big Korean pop star.

Audition locations and dates confirmed so far are:

The application period has already begun.  So, access the audition application at:  SBS K-Pop Star Audition Application and get started!  You may apply up until the day of your audition.  Auditions are not limited to Koreans. All races and ages are welcome.

K-Pop Star Season 5 is scheduled to begin airing in November.  The judges for the show’s upcoming fifth season are Yoo Hee Yeol of Antenna Entertainment, Yang Hyun-Seok of YG Entertainment, and Park Jin Young of JYP Entertainment.  The final winner of the show will be awarded a cash prize of $285,000 USD and a record deal with one of these three judges’ labels.

The show has already discovered some terrific Korean artists, like Lee-Hi, Ji-Min Park, Akdong Musician, and Seunghoon Lee.  Season 3 and 4 winners were Bernard Park (Atlanta) and Katie Kim (NYC/NJ), from the USA.  If you’re a great singer, the next winner could be you.  So, come on over and go for it!

Be sure to keep a close eye on the following sites/pages below for additional information and important audition updates.