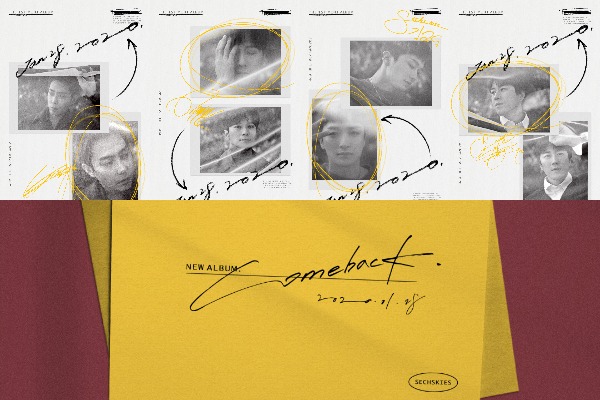 SECHSKIES Hypes Up Comeback With Release of Concept Posters

The first-generation idol group is gearing up for a comeback later this month.

SECHSKIES will be releasing their first mini album and the much-awaited comeback marks the group’s first output as a quartet.

It was in the latter part of 2019 when YG Entertainment hinted at SECHSKIES resuming their activities, particularly of an album release. On January 7, through its official blog and SNS accounts, the agency released a teaser poster of the group’s comeback.

The poster which contained the dates “2020.01.28” attracted attention and raised fans’ expectation. YG Entertainment said, “The color yellow, which represents SECHSKIES, and a card which is an object of their new album, implied a welcome message to fans”.

On January 9, the agency posted four concept teaser poster of the members. Eun Jiwon, Lee Jaejin, Kim Jaeduck and Jang Suwon all exuded soft and dreamy charms. The posters are in black and white with members posing differently but projecting wistful and charismatic vibes.

The only contrast to the monochrome hue is their signatures in yellow ink. The circle highlighting a photo of each member is also in the same ink color. 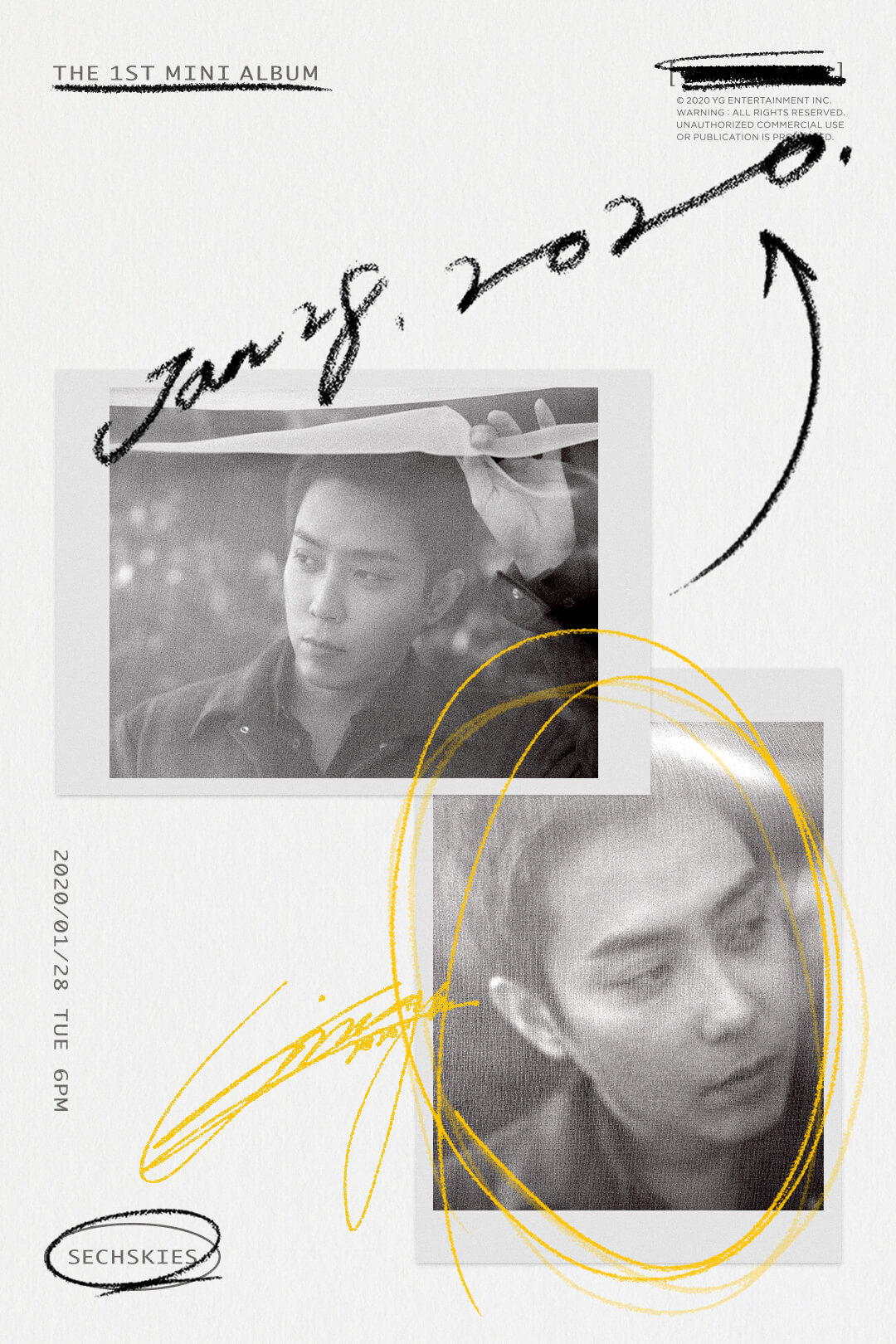 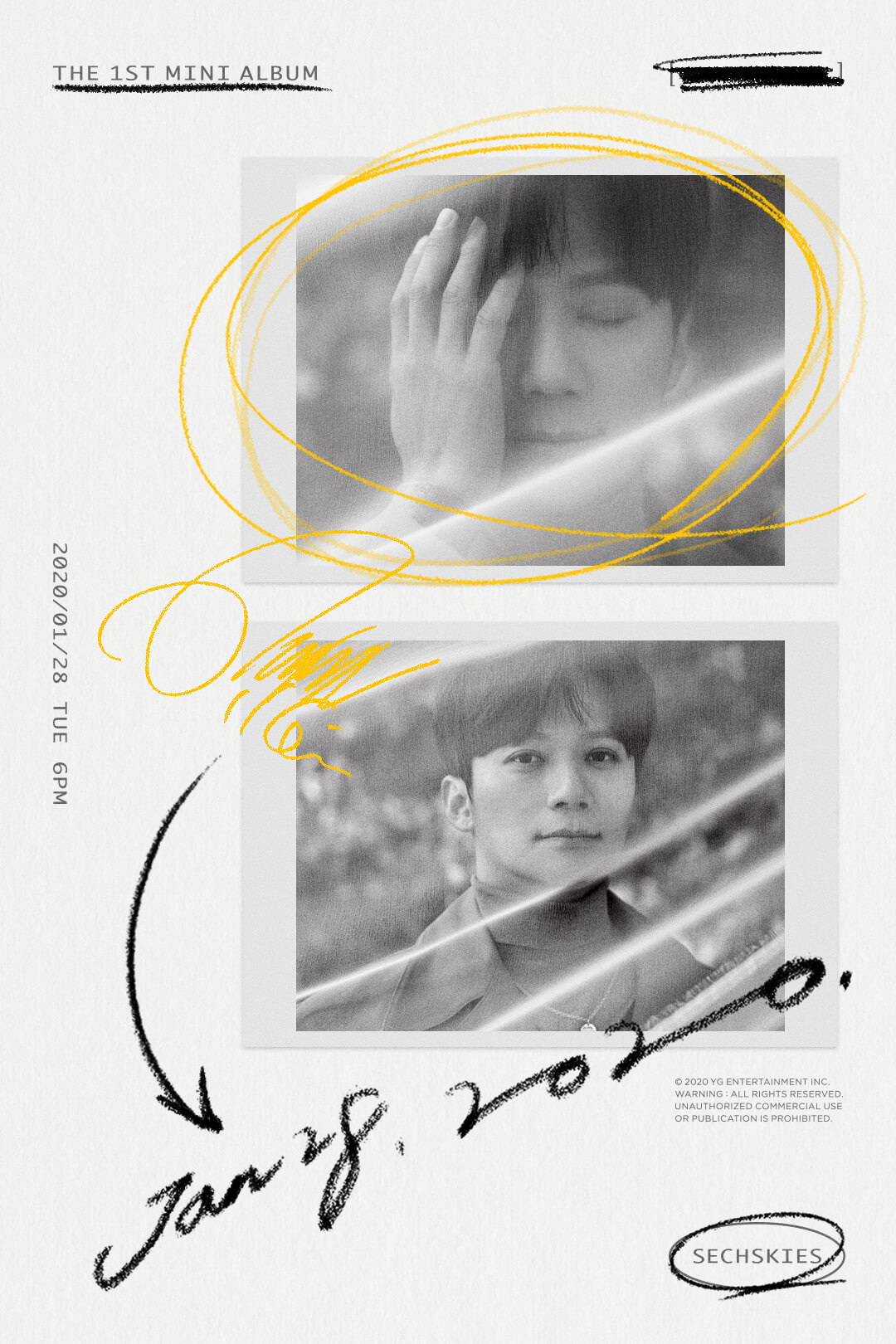 With this upcoming music, SECHSKIES will be releasing an album after two years and four months. Their last group album, Another Light, was released in 2017. According to the agency, since this is their first project as a four-man group, the members have contributed their best efforts.

SECHSKIES debuted in 1997 as a group of six and achieved success. However, they disbanded in 2000. They made a successful return as a group (with five members) sixteen years after disbandment, through the MBC program Infinite Challenge. The same year, 2016, they signed under YG Entertainment. 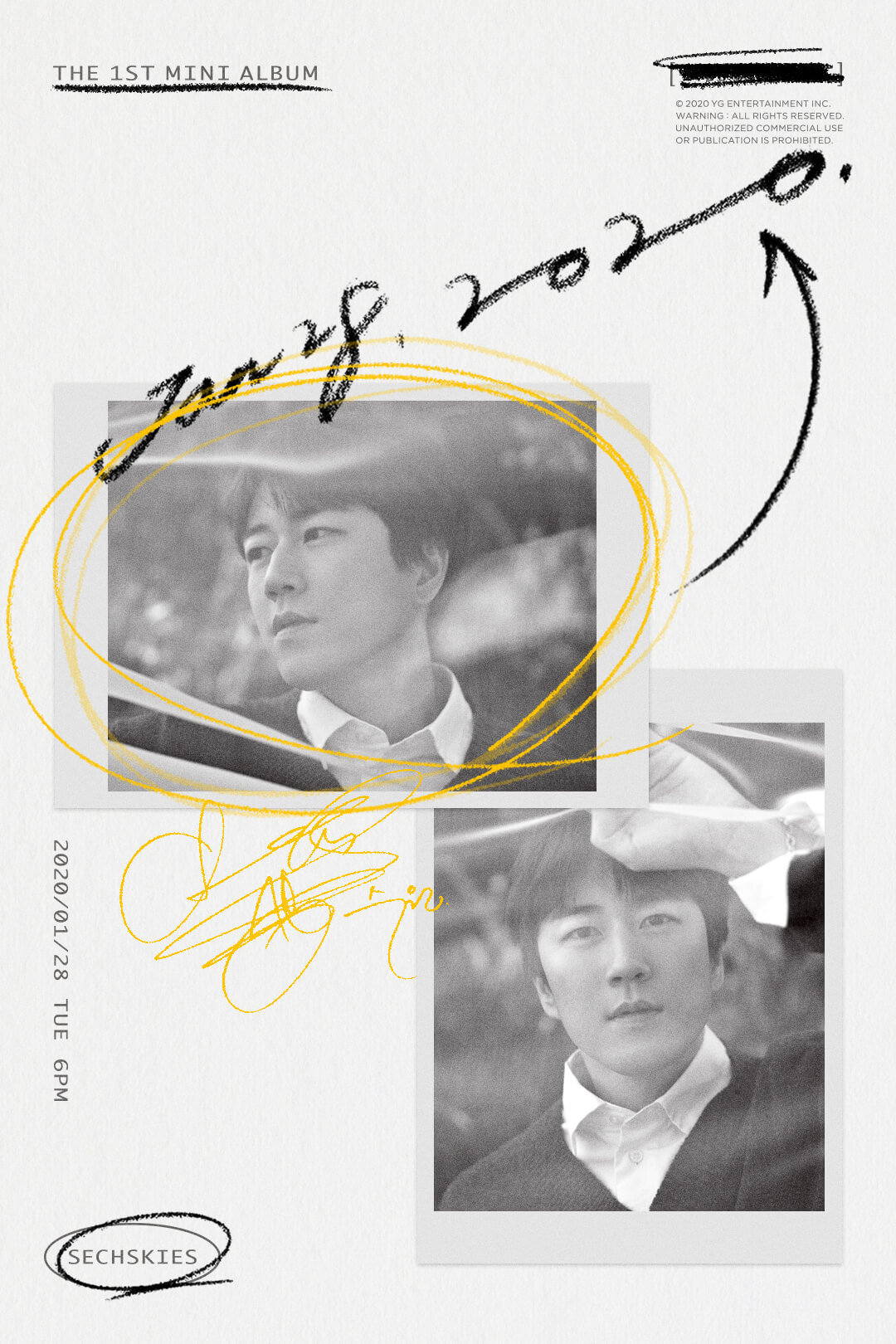 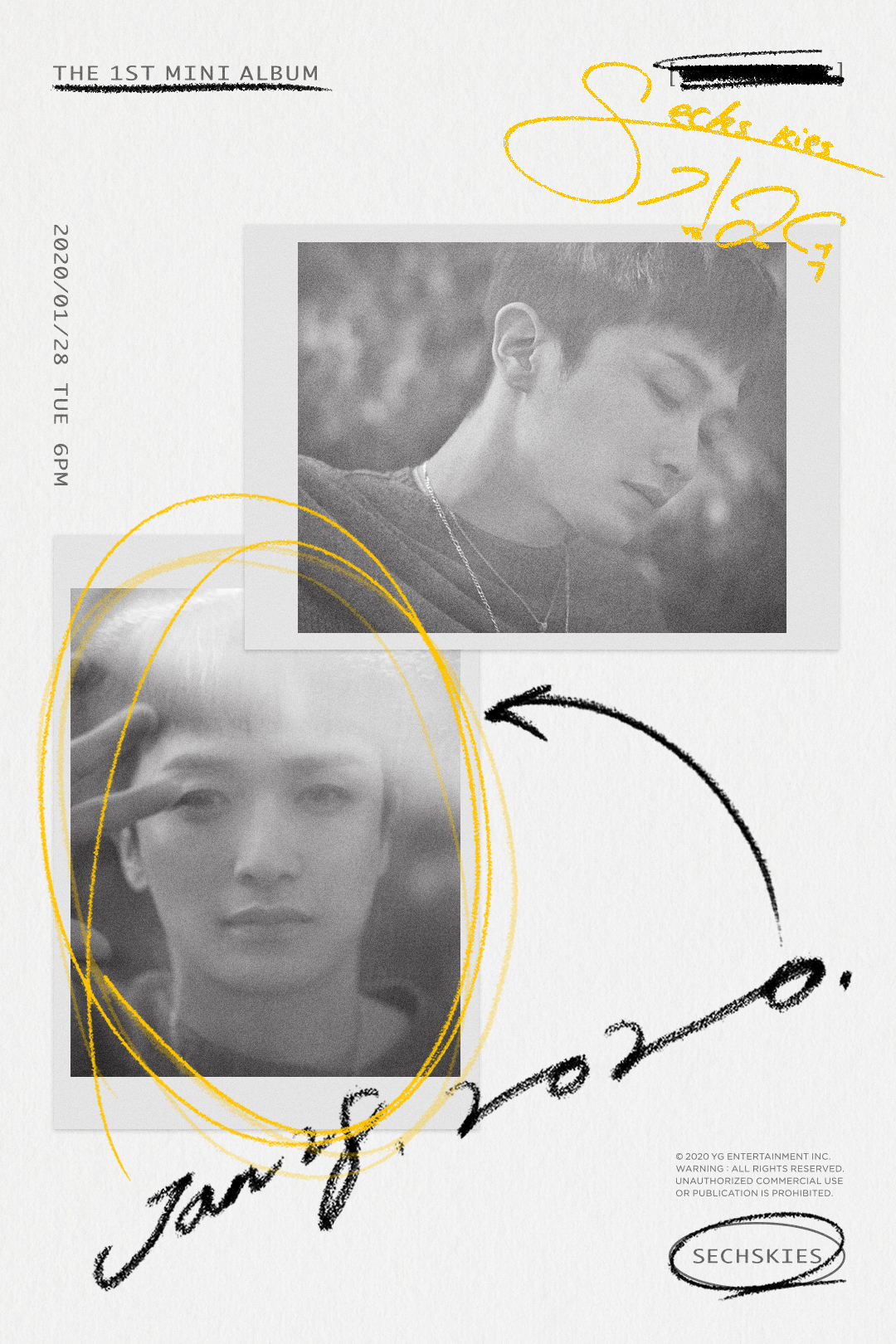 They released songs “Three Words”, “Be Well”, “Sad Song” and “Something Special”, to name a few, as well as remastered versions of their classic hits. YG Entertainment stated that fans can expect “more enriched musical colors and members’ sweet voices.”