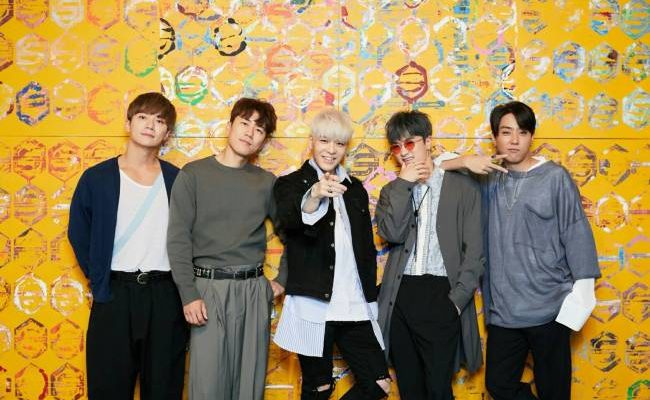 After making an impressive comeback last year, the quintet are ready and believe that it is time for them to expand overseas. “I think we can be loved more that way,” said the group’s lead vocal Kang Sung Hoon.

The group, which is originally made up of Eun Ji Won, Lee Jae Jin, Kang Sung Hoon, Kim Jae Duck, Go Ji Yong and Jang Su Won, made its return to the music industry in 2016 after 16 years of of hiatus through Korean variety show ‘Infinite Challenge’. The group, sans member Go, performed at the Seoul World Cup Stadium for the show’s Infinite Challenge Totoga Season 2.

Later that year, the five members signed with YG Entertainment. They then held their own concert at the Olympic Gymnastics Arena on September 10 and 11. SECHSKIES proved their unending popularity by selling out concert tickets within 20 minutes.

In October, the quintet released their first digital single Three Worlds after 16 years. The song was co-written and produced by Tablo of EPIKHIGH and YG producer Future Bounce. The single achieved an all-kill status upon its release. It also performed well in international charts.

“While we focused on publicity activities at home last year, I think we should expand overseas this year,” Kang added.

2017 also marks SECHSKIES’ 20th anniversary, which is commemorated through the release of its newest album ‘The 20th Anniversary’. This album will be the group’s first album in 17 years, which includes two new songs and nine re-mastered versions of their past hit tracks.

Tablo and Future Bounce once again participated in the production of the album through songs Be Well and Sad Song.