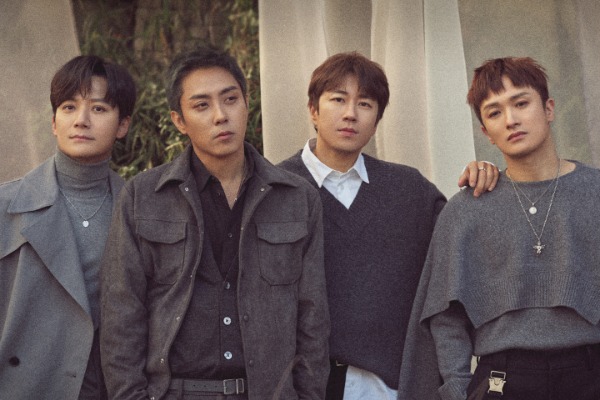 SECHSKIES continues to reveal details of their upcoming and very first mini album as the release draws near. At 4PM KST, on January 13, YG Entertainment made public the group’s main poster along with title of their mini album. 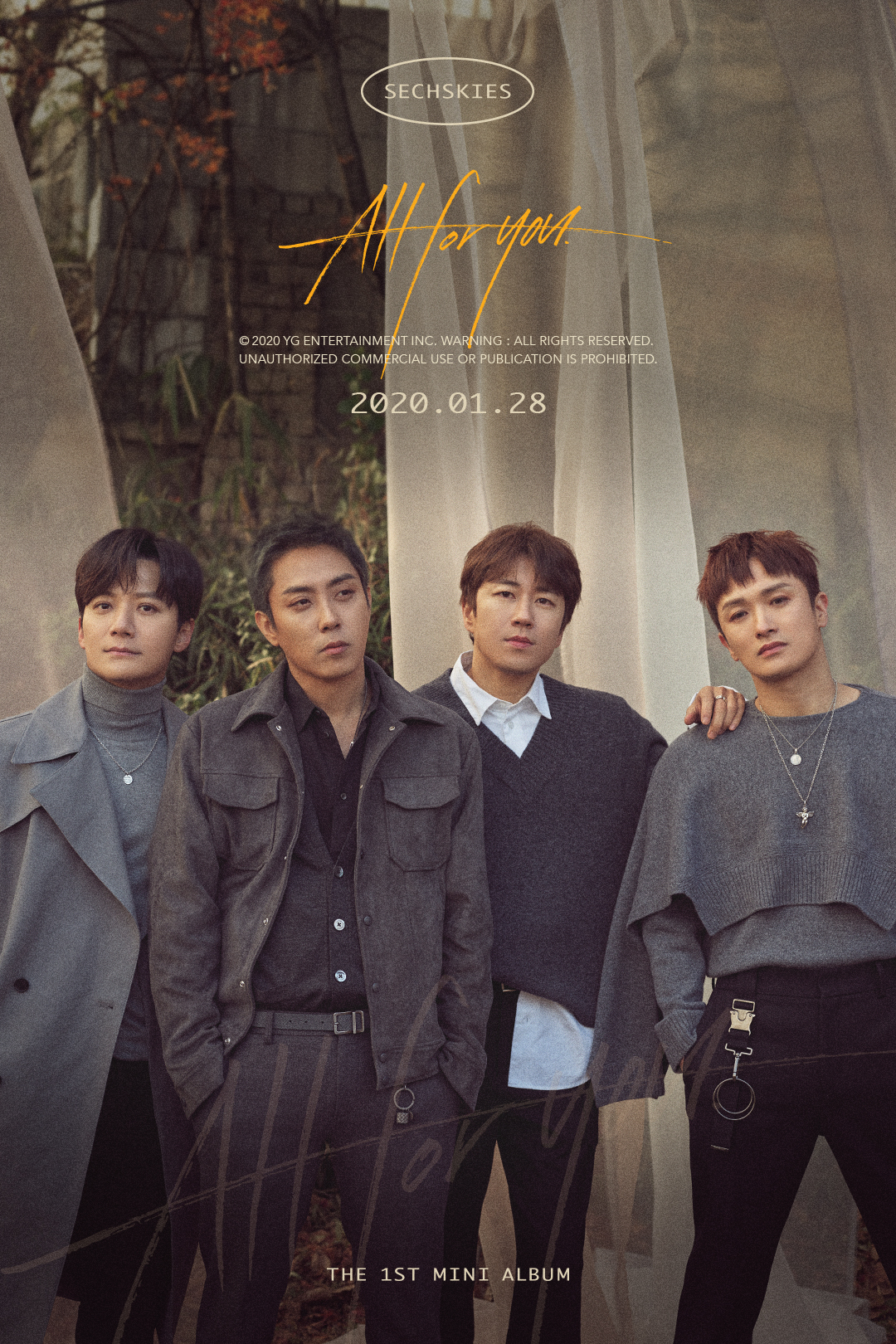 The poster shows off the distinct charms of members Eun Jiwon, Lee Jaejin, Kim Jaeduck and Jang Suwon. The image also exudes the chemistry of a 23-year-old idol group. The album title, ALL FOR YOU, in yellow letters stands out in the poster’s retro vibe. The color scheme as well as the meaning of the words “all for you” produces warm emotion.

A few days prior to the release of the main poster, the agency has also revealed the album’s concept video, with a preview of its title track. The serene, old-school beats and lyrics Hello, there’s something I have to say / I came to see you stir conflicting emotions. The 25-second video raises expectation to the overall feel and concept of the album.

Since their reunion in 2016, SECHSKIES has received great support from fans. Under YG Entertainment they have released three albums. Re-Album (2016) features classic hits such as “Com’Back”, “Road Fighter” and “Couple”, which are remastered and given a more “present feel”.

While in 2017, they released a compilation album titled THE 20TH ANNIVERSARY which contains three new original songs – “Be Well”, “Sad Song” and “Three Words” plus a number of old tracks. Later that same year, they gifted fans with ANOTHER LIGHT, their fifth full-length album. In 2019, leader Eun Jiwon released his album G1, which marked his comeback as a solo Hip Hop artist.

SECHSKIES’ mini album ALL FOR YOU is their first endeavor as a four-member group. It will be released on January 28 at 6PM KST.

READ: SECHSKIES Hypes Up Comeback With Release of Concept Posters