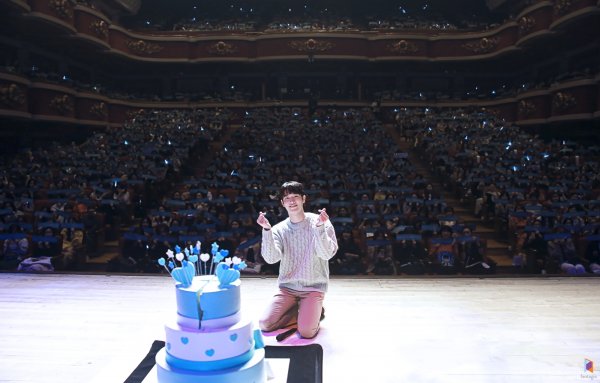 Seo Kang Joon recently celebrated his birthday in the best way possible, which is being with the fans who loves him the most.

On October 12, the handsome actor met his Korean fans for the first time in the Universal Arts Theater. Titled 2019 Seo Kang Joon Fan Meeting: Me Before You, Seo gifted his fans with several stages. Notably, this is Seo’s first ever domestic fan meeting since his debut.

Fans enjoyed the three-hour fan meeting, where they got to know him further through different games and activities. Additionally, the evening marked a very special occasion which is the actor’s birthday as well. 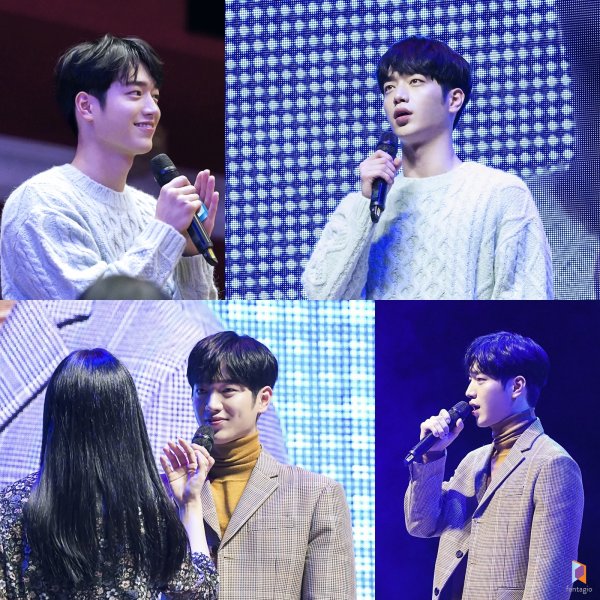 Seo started off the evening with a sweet serenade. The 5urprise member is a gifted singer as well. Fans were enthralled with his rendition of “You Are My Love” from the OST of his drama Are You Human?

Seo made an admission after the song. He told his fans, “Since this is my first fan meeting in my own country, I wasn’t able to sleep well the night before. Meeting everyone tonight give me strength. I hope we have a good time together.”

The skillful host Park Ji Sun headed the evening. With his with and sense of humor, he provided a pleasant and happy atmosphere. Various stages helped Seo reveal more of his true personality to his fans.

Additionally, they watched some of the best and most popular scenes from his dramas. Seo shared behind-the-scenes trivia about his dramas and this brought about a great response from his fans.

The actor also prepared a heartfelt vlog wherein he expressed his feelings for his fans. Naturally, this elicited a happy sigh from the crowd. Seo performed two other song numbers, “Thinking Out Loud” by Ed Sheeran and “Every Day, Every Moment” by Paul Kim.

Since this was his first fan meeting, the actor’s desire to directly communicate with fans got everyone’s attention. He spent time dancing with fans and had several role plays, which made fans shout with glee.

There was also an exclusive photo opportunity with the actor as well as a Lucky Draw for gifts Seo himself prepared.

Additionally, Seo requested for additional time to be able to converse with his fans. He went directly to the seat of the fan chosen to ask him questions. Fans met the experience of having Seo at such close range with enthusiasm.

Of course, the night would not be complete without the fans’ own love expression for Seo on his birthday. The video the fans prepared showed Seo’s journey since his debut. Seo was visibly touched as he watched the video showing several happy moments.

At the end of the event, Seo said, “I am so thankful for this amazing and unexpected event. I felt that I have done so many things and that my fans were there with me for every moment.”

Seo goes on and says, “Today’s fan meeting was such a big deal for me. I’ve been wanting to see my fans so much and I’m happy we are here together today. Because of this, it’s a very special birthday for me. I hope that even if it’s not in a big place in the future, I’ll meet with you again. Thank you for always cheering for me. Did you enjoy the evening? I feel like I enjoyed it more.”

Meanwhile, fans are already eagerly anticipating his next drama, I’ll Find You on a Beautiful Day. Targeted for release in the first half of 2020, Seo will pair up with Park Min Young for the jTBC healing drama. As the bookstore owner Im Eun Seop, his character will meet Park’s character Hae Won, and the two are set to fall in love.

Hellokpop, as an independent Korean entertainment news website (without influence from any agency or corporation), we need your support! If you have enjoyed our work, consider to support us with a one-time or recurring donation from as low as US$5 to keep our site going! Donate securely below via Stripe, Paypal, Apple Pay or Google Wallet.
FacebookTwitter
SubscribeGoogleWhatsappPinterestDiggRedditStumbleuponVkWeiboPocketTumblrMailMeneameOdnoklassniki
Related Items2019 Seo Kang Joon Fan Meeting: Me Before YouSeo Kang JoonSeo Kang Joon Fan Meeting in Korea
← Previous Story Former “Produce X 101” Contestant Kim Min Kyu To Hold His First International Fan Meeting In Thailand
Next Story → Melon Music Awards 2019 Announces Details For Ceremony In November