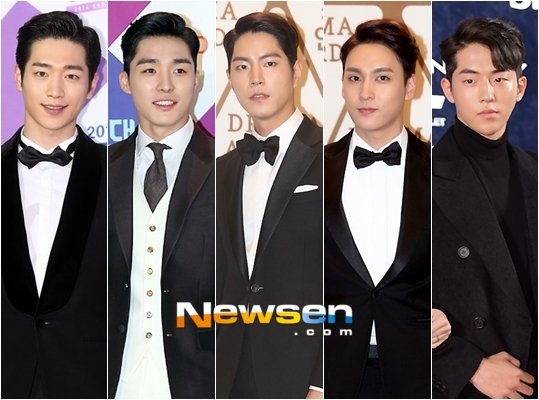 By The Editor | January 6, 2015
FacebookTwitter
SubscribeGoogleWhatsappPinterestDiggRedditStumbleuponVkWeiboPocketTumblrMailMeneameOdnoklassniki

These five attractive men were filming Running Man in Suncheon of the Jeollanam-do Province on January 5.

Seo Kang Jun, Seo Ha Jun, Hong Jong Hyun, Choi Tae Joon and Nam Joo Hyuk are not only actors who have acted in various well-known Korean dramas, but  also shine in variety shows in 2014, and are known as “rising stars”. Their appearance on Running Man expects to gather much attention from the public.

This special episode will be released sometime in mid-January.