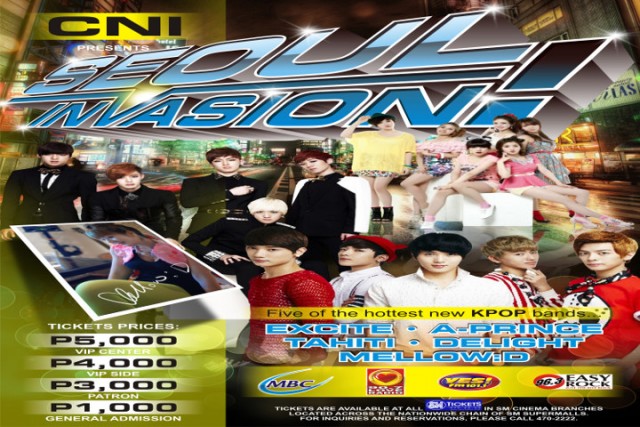 As it was previously reported, the concert was scheduled to be held at Aliw Theater on February 9. However, due to some production changes, it was moved to March and will be still be held at the same venue.

As announced by the official ticketing outlet SM Tickets,“The Producers are beefing up the concert’s cast and production values to give the fans an even bigger concert experience!”

EXCITE, A-PRINCE, TAHITI, DELIGHT and MELLOW:D will remain as the performers for this concert with no change to the line-up. In addition, promos and discount are still ongoing.

For the latest updates, visit the website – SM Tickets.