‘Seoul Invasion’ to be held in Manila 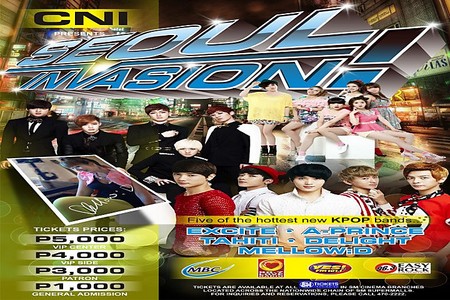 After the success of Dream Kpop Fantasy Concert in the Philippines last month, more K-pop events for Filipino fans are lining up. The event organizer CnI Productions is excited to bring five of the hottest K-pop rookie groups to Philippines, with the unique event title which is to represent the current K-pop wave that has hit the shores of Philippines and the world.

Tickets are available at SM Ticket outlets in SM Cinema branches nationwide.  As a promotion for fans, the tickets will be at 30% off. For inquiries and reservations, the public can call SM Tickets at (63 2) 470-2222.