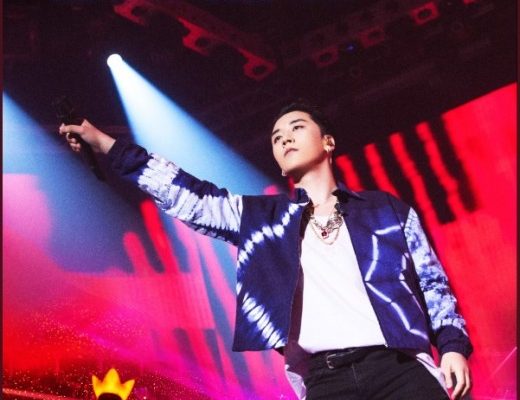 Seungri just had a great time since his debut throwing a winning concert in front of faithful fans.

Yellow Sea filled the hall of SK Olympic Handball Gymnasium at the THE GREAT SEUNGRI – FINAL IN SEOUL on saturday. 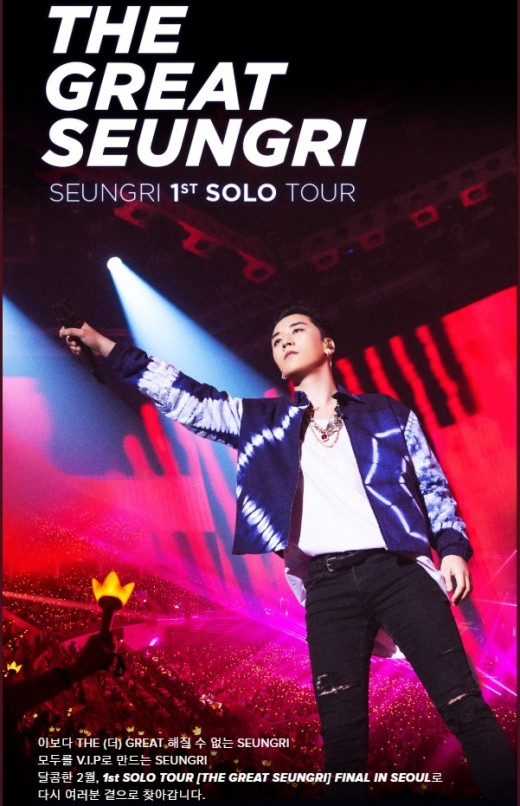 Lee Seung Hyun better also known as Seungri, came to the center stage as himself and not as the maknae of K-Pop royalty, BIG BANG.

The concert started in August 2018, in South Korea and Japan alone. Before the year ends, additional stops were announced in the Philippines, Hong Kong, Singapore and Indonesia in his tour dates.

Read : 10 Highlights From “The Great Seungri Tour” In Manila We Will Always Cherish 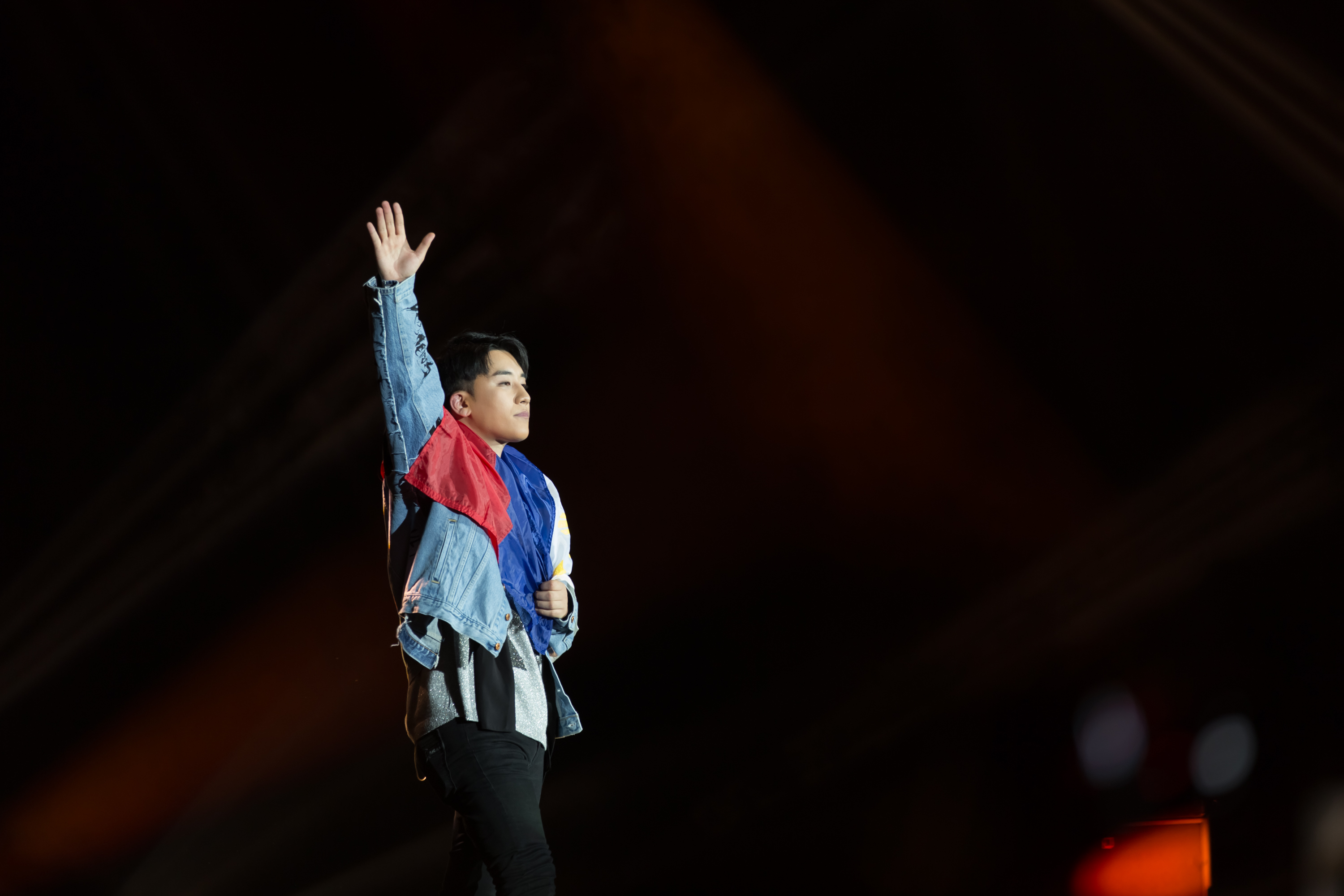 The concert still went ahead with a massive turn-out despite the artist’s controversy involving Burning Club, an elite club in Gangnam. Fans support still remains even after the issue.

As a previous owner of the club, Seungri stood up to keep his promise to his fans. He also expressed to take responsibility for the incident.

Before the start of the show, Seungri lamented — “Hello, this is Seungri. A lot of people came. Before the show begins, I’ll tell you about the latest incident. Otherwise, it will be uncomfortable for you to watch the show.”

It took a minute for the fans to react before he continued on with his story.

“I was not humble and rash. Last year, I ran around to make it fun for my fans, but it’s no use showing them this way. I’ll take the blame for that. I will reflect on myself and never let this happen again,” he continued on.

Just before the press release, Seungri resigned from the position of executive director of Burning Sun. YG Entertainment explained that the reason for his resignation is because he is expected to join the military.

After his successful encore concert in Seoul he will meet his fans in Singapore on March 23, Osaka on March 9 and 10, and Jakarta on March 17. He is also scheduled to join the military this year.

Read : Look Forward To A Superb Show At “The Great Seungri Tour 2019 Live In Singapore”

Hellokpop, as an independent Korean entertainment news website (without influence from any agency or corporation), we need your support! If you have enjoyed our work, consider to support us with a one-time or recurring donation from as low as US$5 to keep our site going! Donate securely below via Stripe, Paypal, Apple Pay or Google Wallet.
FacebookTwitter
SubscribeGoogleWhatsappPinterestDiggRedditStumbleuponVkWeiboPocketTumblrMailMeneameOdnoklassniki
Related ItemsBIG BANGKpopKPop ConcertLee Seung-hyunSeungriThe Great Seungri Tour in SeoulVIP
← Previous Story Full Group NU’EST To Treat LOVEs With A New Song After Almost Three Years
Next Story → Park Ji Hoon Sets To Welcome Spring With Blooming Solo Debut