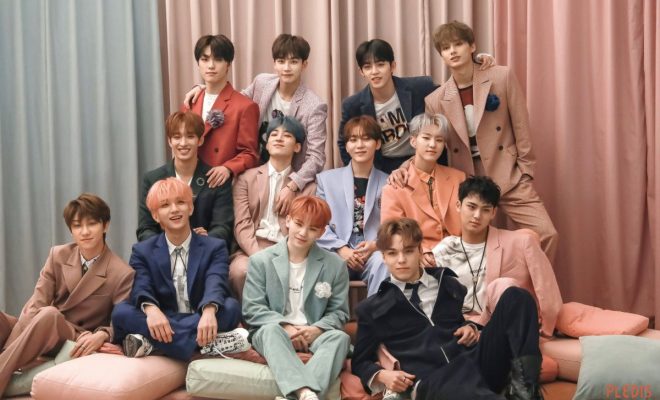 Twelve hours of watching SEVENTEEN being the natural variety show kings that they are? Sign us up!

SEVENTEEN announced that they will be holding a delightful 12-hour-long marathon of their hit online variety show GOING SEVENTEEN. 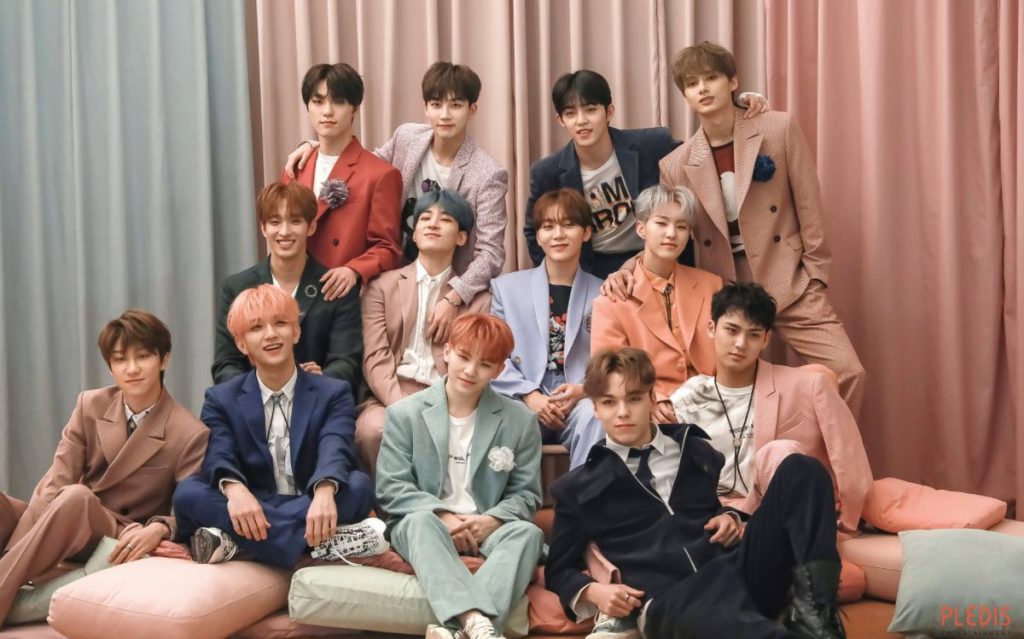 The boy group sets to show their unique presence in the entertainment industry once more as they prepare to bring twelve hours full of laughter to their fans this weekend.

Veering away from the online concert trend that most artists had been doing recently as part of social distancing measures, SEVENTEEN has interestingly opted to hold a livestream marathon of their web variety show GOING SEVENTEEN instead.

“Knock, knock, Carats! Looking for Carats to go out with SEVENTEEN who are ‘real’ in entertainment shows,” they wrote in their announcement post’s caption.

The exciting marathon will start at 12 PM KST this April 26 on the group’s official YouTube channel. They also listed the episodes which will be part of the livestream event, and it comprises of both recently-aired and throwback contents.

Among these well-loved episodes are “SVT ESCAPE ROOM”, “MBTI of SVT”, “SVT Playground”, and “Debate Night”. Catching attention when it was first aired, the group’s very entertaining mafia game episode “Don’t Lie” will also be part of the streaming event.

The livestream marathon will also include the “TTT” series with “MT SVT REALITY” from 2018 and “Camping Ver.” plus the “TTT Compilation” from 2019. 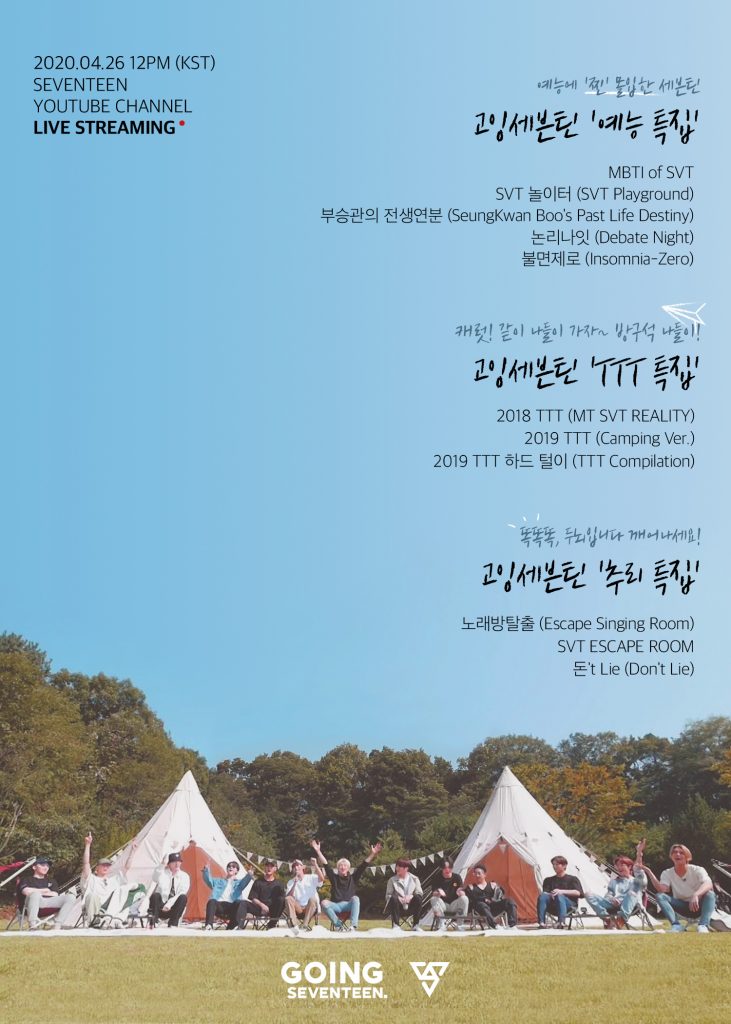 Already on its fourth season, GOING SEVENTEEN has been providing a look at the group’s comical and candid sides since it began in 2017. With its variety of contents ranging from event and show behind-the-scenes to exciting games and challenges, the web variety program has been earning tons of love from fans ever since.