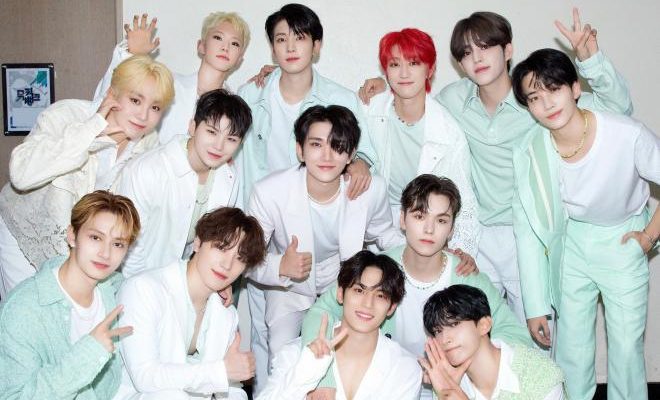 SEVENTEEN proves they are the hottest boy group this year! 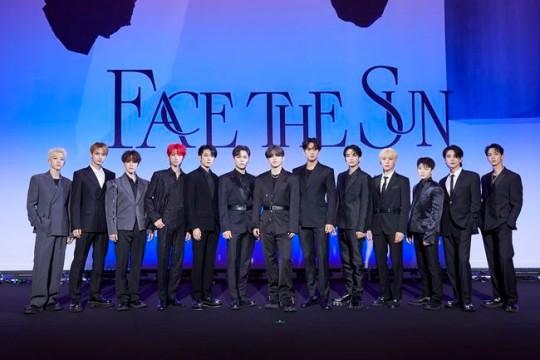 On May 27 at 1 PM, S.Coups, Jeonghan, Joshua, Jun, Hoshi, Wonwoo, Woozi, The8, Mingyu, DK, Seungkwan, Vernon, and Dino officially made their grand return by gifting fans with their fourth full-length album Face The Sun, which is bannered by the title track “HOT.”

Earlier today, Hanteo Chart announced that SEVENTEEN’s Face The Sun officially sold a total of 1,758,565 copies on the first day alone. Notably, the group earned the honor of being a “sixth consecutive million-seller.” They became the only second K-pop group to surpass one million album sales in just one day after release.

As such, the self-producing idols demonstrated their overwhelming power on various global charts with their new album, proving their potential as the “hottest artist in the K-pop scene.”

Meanwhile, SEVENTEEN recently celebrated their music return and held a comeback show through HYBE Labels YouTube channel, Naver Now, and Line Music at 7 PM KST today. They talked about their new tracks and delivered amazing performances for their fans.