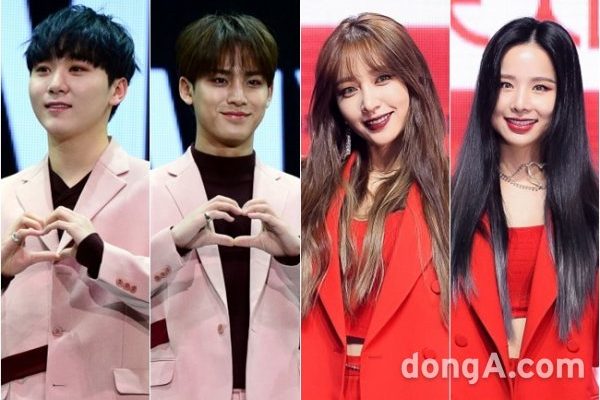 SEVENTEEN’s Seungkwan and Mingyu and EXID’s Hani and Solji will be making history for their group as they appear as guests on Running Man!

Two members each from SEVENTEEN and EXID will be landing on a new Running Man episode as guests! 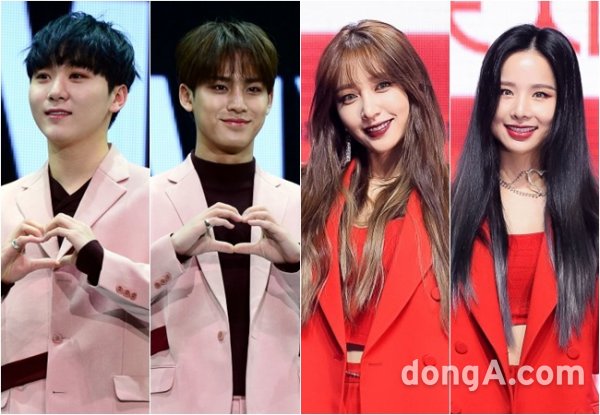 Expectations for a variety show success are up for SEVENTEEN’s Seungkwan and Mingyu and EXID’s Hani and Solji as SBS confirms their upcoming appearance on Running Man.

READ: SEVENTEEN Promises To Protect Fans And Be Like The Moon In “CARAT LAND” Fan Meeting

Besides being known for their wacky personalities which perfectly fit variety shows, the four idols’ appearances also mark the end of a four-year drought on the show in terms of their group’s participation as guests.

The SEVENTEEN members last went on the show for its 100 versus 100 Match episode, while EXID last showed up as a group on its The Greatest Love Race episode. Hani also went on her own for Running Man’s The Rival Big Match, and all of these episodes aired in 2015.

Along with the four idols, actresses Kim Hye Yoon and Han Bo Reum will also be participating as guests on the same episode, which is slated to air in April.

Are you excited for the SEVENTEEN and EXID members’ return as guests on Running Man? Let us know by leaving a comment below, giving us a holler on Facebook, or tweeting us at @hellokpop!

Hellokpop, as an independent Korean entertainment news website (without influence from any agency or corporation), we need your support! If you have enjoyed our work, consider to support us with a one-time or recurring donation from as low as US$5 to keep our site going! Donate securely below via Stripe, Paypal, Apple Pay or Google Wallet.
FacebookTwitter
SubscribeGoogleWhatsappPinterestDiggRedditStumbleuponVkWeiboPocketTumblrMailMeneameOdnoklassniki
Related ItemsEXIDexid haniexid soljiRunning ManSeventeenseventeen mingyuseventeen seungkwan
← Previous Story BLACKPINK Unveils A Blonde Jennie For Second “Kill This Love” Teaser
Next Story → Kang Ha Neul And INFINITE’s Sung Gyu Involved In Car Accident With “Shinheung Military Academy” Cast